A NIGHTCLUB owner has criticised the “heavy-handed” actions of Police Scotland after his customers were swabbed for drugs as they queued to enter the venue. 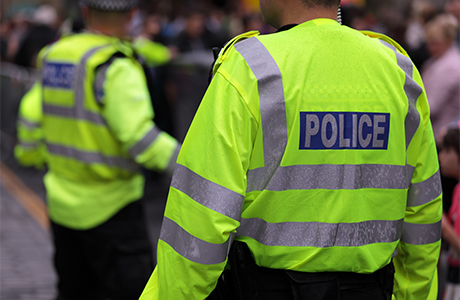 Tony Cochrane claims he was given “half an hour’s warning” before several police officers arrived at Club Tropicana in Aberdeen on August 28 and again on August 29.
More than 100 clubbers waiting in the queue had their hands wiped with a swab, which was then analysed using an Itemiser mobile drug detector.
Police confirmed no positive drug tests were recorded.
Cochrane claimed the operation was a “breach of civil liberties” and reflected badly on his business.
“Everybody agrees that no-one accepts drugs in their clubs, but equally it’s about a balance between the law and people’s civil rights,” he told SLTN.
“These are law-abiding people and they are being treated like suspects.”
Cochrane witnessed the second night of drug testing and said anyone passing would have thought there had been “a major incident” at the club.
He claimed eight police officers, a specialist sniffer dog, CCTV and police vans were involved in the operation.
“We are making people feel like they’re criminals and they are just going to the dancing,” he said.
According to Cochrane, officers also asked stewards not to allow entry to anyone who had tested positive for drugs.
Licensing lawyer Janet Hood described the actions of Police Scotland as “excessive”.
“The police are saying it’s justifiable and in the interests of safety, but I think it’s excessive,” she told SLTN.
“You have to assume that somebody is actually committing a crime before searching them.”
Hood also said it is up to door staff to decide who is allowed entry into a club.
“If your stewards feel someone is fit to enter the premises they are entitled to let them in,” she said.
Donald MacLeod, who owns The Garage nightclubs in Aberdeen and Glasgow, and who chairs regular meetings between the trade and Police Scotland, said he was “quite taken aback” by the operation.
“Operations should be done in the spirit of co-operation and shouldn’t be sprung on people,” said MacLeod.
“The idea of police turning up at a club with a dog is an intimidating and scary thought.”
Police Scotland confirmed the Itemiser was used to “assist door stewards in preventing drugs from entering their premises”.
A spokesman said the device is “being used UK-wide” but said no other premises in Aberdeen were visited during the operation.
He added: “On this particular occasion, there were no positive scans.”
Inspector Lorna Ferguson, of the City Centre Community Policing Team, said: “With support from staff, everyone entering a premises was asked to have their hand swabbed
to ascertain if they had been
in contact with controlled drugs.”