A “landmark” hotel in the heart of Aberdeen city centre has been brought to the market. 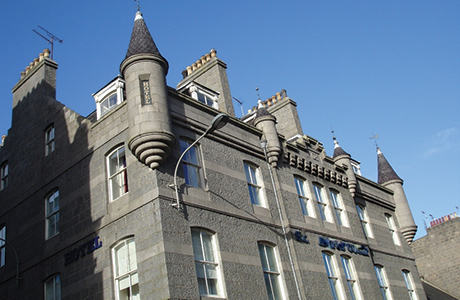 Its granite façade is said to give way to an “arty, stylish and elegant” reception, bar and restaurant.

The hotel has 29 bedrooms which, it’s claimed, have been refurbished with new fittings; a further three are said to be under construction.

It is also said to have a new bar, kitchen restaurant and bistro, which were added in 2009.

Included in the sale is a flat on the third floor of the property.

Bruce & Co is marketing the hotel on a freehold basis for offers in the region of £1,800,000. The property firm said there is also an option for another local hotel to manage the day to day running of the business.

A spokeswoman for Bruce & Co said: “The hotel offers unrivalled opportunities for an ambitious new owner who wants to maximise the venue’s assets.”