Edinburgh-based multiple operator The Shilling Group has expanded its pub portfolio with the launch of Harry’s Bar & Grill in the capital’s west end. 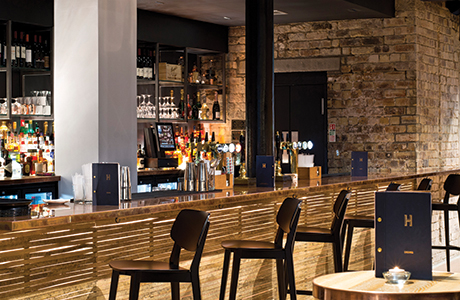 The new venue opened in  the former Harry’s Bar site in Randolph Place following a three-month overhaul; the group worked with Edinburgh-based architects Morgan McDonnell on the refurbishment of the interior and the restoration of the bar’s courtyard.

The Shilling Group has introduced a food offer with the goal of extending trade throughout the week; the kitchen brigade is led by head chef Richard Iacono, who moved from sister venue The Fountain.

The new menu was promoted through a soft launch deal offering 50% off food for all online bookings during the first fortnight of trading.

John Duncan, area manager for The Shilling Group, said the reception from customers “has been great”.

“I think keeping the Harry’s name […] had a bit of good will from folk who went there back in the day,” he told SLTN.