Scottish potato vodka Ogilvy has picked up a top award in a global spirits competition less than a year after the brand was launched. 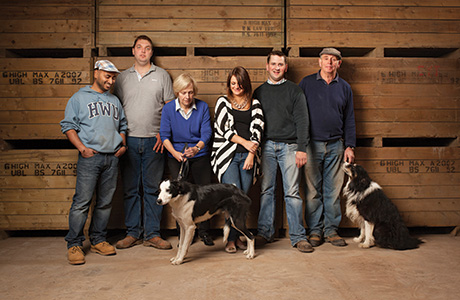 The spirit, which is produced by the Jarron family at Hatton of Ogilvy Farm in Forfar and was launched in January of this year, took the Vodka Trophy at this year’s International Wine & Spirit Competition (IWSC); Ogilvy Vodka also received Gold Outstanding accreditation in the annual contest. A number of other Scottish spirits also gained recognition at this year’s IWSC.
Ballantine’s 30 took the Blended Scotch Whisky Trophy, Islay single malt Ardbeg Uigeadail took the Cask Strength Scotch Whisky award, Douglas Laing & Co’s Timorous Beastie was awarded the Packaging Trophy in the brown spirits category, Bowmore Tempest picked up the IWSC trophy for single malt Scotch whiskies aged 15 years or less, while Glenfiddich 21 year old took the trophy for single malts aged over 15 years.
Gold outstanding awards went to brands including The Balvenie, Glenfiddich, Whyte & Mackay, Jura, Glenmorangie, Ardbeg, anCnoc, Old Pulteney, Scottish Leader, Johnnie Walker, Chivas Regal, Ballantine’s and Bowmore.
Ogilvy Spirits founder Graeme Jarron said he is “truly delighted” with the international recognition for Ogilvy Vodka.
“We worked hard to design a unique recipe and production techniques which have resulted in a ‘sipping’ vodka with a complex flavour profile,” he said.
“I wanted to produce something whereby we could take one of our crops and bring it right through to a final product. We grow the potatoes for our Ogilvy Vodka on the farm so have 100% traceability. We also wash and cook, ferment and distil as well as bottle the product on site.
“The aim was to build a future for further generations, to create something from our farm’s produce starting small and sharing it worldwide.
“We are delighted with these accolades we have achieved, particularly at such an early stage of our development.”