The chairman of Fife licensing board aims to confront the Scottish Government about the impact the drink drive legislation is having on the local licensed trade.

Councillor Bob Young has written to justice secretary Michael Matheson to request a meeting so that he can explain the effect the legislation is having on Fife’s pubs. 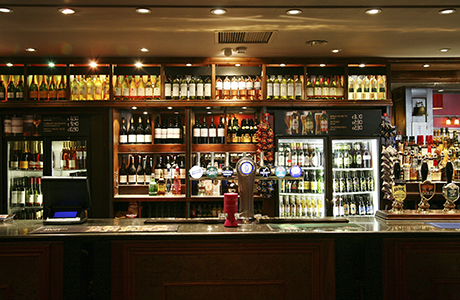 Speaking to SLTN, Young said he is concerned about the number of jobs that could be lost due to pubs closing.

He said: “I’ve been in the trade, and then [I] left and went back to the mining industry.

“But I’m passionate about this because there’s a lot of jobs here, and there’s a vast amount of jobs that, if they go to the wall, I don’t know where these folk will get work now.

“My first prerogative is to keep folk in work.

Young is also keen to use the Scottish Government meeting to stress the role of pubs in responsible drinking.

He said any issue with over-consumption in Fife “isn’t in the public houses, it’s in [the supermarkets], where folk are going to buy this drink, drinking it and then going out and causing mayhem”.

“The pubs were doing a great trade [in the past], but those days are gone now in Fife,” said Young.  “With the price of drink in [supermarkets] the pubs are having a problem competing.”

Scottish Licensed Trade Association (SLTA) chief executive Paul Waterson said the most important issue with the drink driving legislation is tackling the disparity in penalties between Scotland and the rest of Europe.

“The Scottish Government has jurisdiction for the [drink drive] limit but not the penalties,” he said.

“We have been lobbying people and we have a meeting with Michael Matheson coming up.

“We keep reiterating to everybody that this isn’t a debate about limits, it’s about the penalties and whether they’re fair or not.

“A lot of people think it’s unfair the penalties are so strict.

“We’re out of line with Europe, because as far as I know we’re the only country that bans at 50mg.

“Between 50mg and 80mg you’d think there should be a penalty point system in place.

“I don’t think it’s about pro-pub or pro-supermarket or anything.

“There’s a lot of debate about what’s fair and what’s not fair.

“Many rural pubs are going to close as a result of something that’s patently unfair.”