As a master distiller with more than four decades of experience under his belt, Tom Nichol knows a thing or two about gin.

And Tom, who was master distiller at Diageo-owned Tanqueray until his retirement earlier this summer, has nothing but praise for the health of the category and the newer kids on the block. 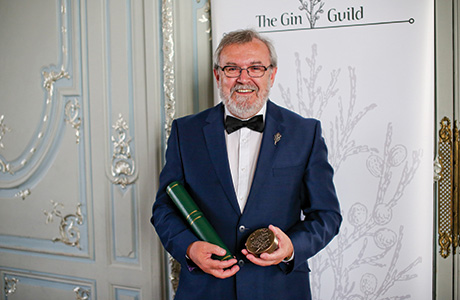 Speaking to SLTN ahead of his retirement, Tom said the creativity in British gin – and particularly within Scotland – is a great thing for the industry.

“I always think Tanqueray was like The Beatles, but there’s all these new bands coming in,” he said.

“We really need to see all these new people coming in, because somebody else is going to come up with something that is just fantastic and will blow everybody away.”

While, unsurprisingly, Tom cited Tanqueray – and Tanqueray 10 in particular – as his favourite gin, he had kind words for brands that include Hendrick’s, Caorunn, The Botanist and Edinburgh Gin.

“It is all happening in Scotland at the moment,” he said.

The versatility of gin is one of the spirit’s biggest strengths, according to Tom, who said the “fantastic array” of flavours is boosting its popularity in the on-trade.

And he credited Scotland’s bartenders with helping to keep the category exciting for customers.

He said: “The whole cocktail thing has just gone crazy, not just for gin but other cocktails.

“People nowadays want something different. I think people’s palates are getting better every day. These cocktail guys – if I can give them [a spirit] I think is very good in the first place and they can enhance it then everyone’s laughing.

Tom’s role at Tanqueray has given him the opportunity to meet bartenders across the country. And working with them has allowed him to indulge his own creative side, producing small-batch Tanqueray releases such as Old Tom and Malacca because of interest from the country’s mixologists.

“At the time there was no intention to do that, but the more we thought about it we thought ‘well, why not?’

“It’s nice to be involved with these things, and they were very small-batch compared to what we usually make.” 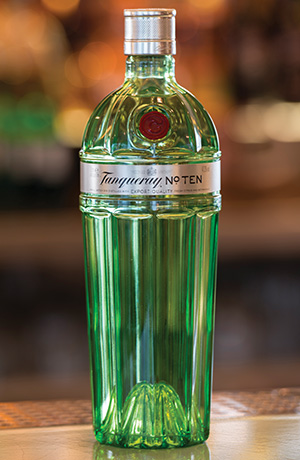 Tom is clearly passionate about gin, something that has served him well in his role at Tanqueray.

Having worked for Diageo distilling on the whisky and vodka sides of the business, he made the jump to gin around nine years ago.

“When I made the neutral spirit or the new make spirit for whisky, there was always the chance to resolve any problem you could get,” said Tom.

“Once you’ve made gin, basically that’s it; there’s no going back.

“It’s very challenging, but that’s the nice part of it. And, of course, you’re making a spirit that once you’ve made it, it immediately smells wonderful.

“I never taste things in the distillery, it’s all done with nosing.”

But the production side is only part of the story.

Along with overseeing the distilling of the Tanqueray range – involved in everything from selecting the ingredients to every stage of distillation – Tom has also been working as an ambassador for the brand.

It’s a role that he said will be difficult to step back from.

“After nine years of travelling the world, talking about Tanqueray and making it, it’s kind of hard to let go,” he said. “But I need some time to myself.”

Fittingly for a 40-year veteran of the industry, Tom’s retirement has not gone unnoticed.

In late May he was presented with the Lifetime Achievement Award by the Gin Guild, with director general Nicholas Cook praising his “passion, energy and drive” as well as his contribution to the gin category.

And yet Tom remains humble, insisting the Tanqueray team won’t suffer from his absence.

“We have guys in place that all know exactly what they are doing,” he said.

“They’re very professional – the whole business is really professional, which is why it keeps going the way it is.

“It’s such a good area to work in, everybody is so good at their job, that I keep on having to nip myself and think ‘why did you choose me?’”

And regardless of what he chooses to do next, Tom will always have a link to Tanqueray.

“It doesn’t matter what I do, I’ll always think of Tanqueray as one of the best gins you can get,” he said.