STAFF in the licensed trade have a “professional duty” to intervene in situations that could lead to rape or sexual assault, according to the Violence Reduction Unit (VRU).

Speaking to SLTN chief inspector Graham Goulden, who provides training for the VRU, said “everybody has a role” in helping to tackle Scotland’s growing problems with rape and sexual assault. 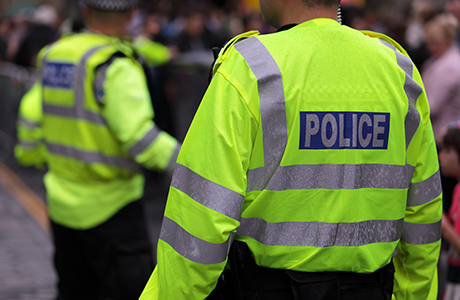 His comments came after the launch of Police Scotland’s ‘We Can Stop It’ advertising campaign. While the advertising targets potential perpetrators of rape, ‘bystander training’ provided by the VRU encourages staff in the trade to intervene if they suspect a customer is vulnerable and at risk.

“The aim of the [training] is first of all to raise awareness of the issues of rape and sexual violence, and then to give people who work in that industry a range of options to go and speak to people.

“If their gut is telling them something is not right we try and create a culture in licensed premises that the management is there to help out.

“It’s trying to create that culture where people on the front line feel supported.”

According to Police Scotland, 1797 rapes were recorded in the last year, an increase of 5% on the previous year.

The We Can Stop It campaign was launched at Glasgow bar The Butterfly and The Pig.

Owner Michele Pagliocca said the training is “most insightful and definitely worthwhile”.

“The session provided a common sense approach of when and how to intervene in a situation where you feel someone is taking advantage of another,” he said.

“It’s certainly clear we all have a growing role to play in protecting vulnerable people and I would urge others to get involved.”

Jay Glass, general manager of Edinburgh nightclub Why Not, which has participated in the training, said the session also provided an opportunity to raise any issues licensees or staff may have with the police.

“The purpose of the whole exercise is to provide people with training, but also it’s feedback for the police, because we’re all meant to be working together at the end of the day,” he said.

“It was beneficial for both parties I would say.”