Operators and the SLTA have called for an urgent rethink on business rates after new data from the Scottish Government found some businesses are paying more than a fifth of their operating surplus.

Figures from the Scottish Parliament Information Centre reported average non-domestic rates for Scottish accommodation and food businesses was equal to 14.7% of operating surplus; the national average for all businesses, excluding the financial sector, is 4%. 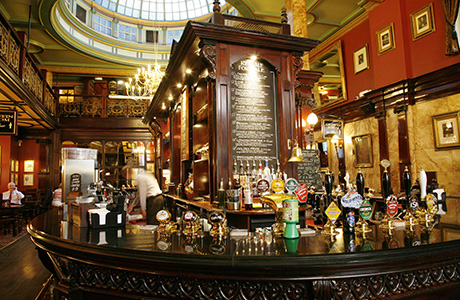 Non-domestic rates for businesses in Scotland are calculated by the Scottish Assessors Association (SAA) at a local level. While the majority of business rates are based on rateable value – a representation of annual rent that the property could be let for on the open market  – business rates for licensed premises in Scotland are based on an assessment of turnover, often leading to higher rates.

Existing rates for licensed premises were set on April 1, 2010 and refer to values and market conditions at April 1, 2008. In 2012, the Scottish Government delayed the next rating revaluation from 2015 until 2017.

“The busier you are, you get punished, which is not a good way to do business,” said Waterson.

“We’re still paying rates [calculated] on 2007 profits; the world is a very different place from then.”

Gavin McGreish, of Glasgow bar and nightclub Campus on the city’s Sauchiehall Street, said pushing back the revaluation was a “shocking” move.

“I think it’s frightening that they’re waiting until 2017,” he said.

“I think we need to do something now. By autumn they [SAA] will have a rough idea of what the rateable value will be.

“If we don’t talk about it now it won’t happen because they’ll bring out the new rateable values and that’ll be it.”

“The trade has completely changed and they’ve done nothing about it,” he said.

“It’s going to be down to the politicians to do it.”

Clive Craven, owner of The Rocksley Inn – a hotel and bar near Peterhead, said the Scottish Government needs to have “a serious rethink”.

As a business with a rateable value of below £10,000, The Rocksley Inn is eligible for a rates-eliminating Small Business Bonus, however Craven said he is concerned about the future.

“The only reason I’m able to stay in business is because I’m under the £10,000 rateablevalue and I’ve not been paying rates,” said Craven.

“The fact that I have not paid rates has helped me tremendously but if they drop the level (threshold for payment) down that will hurt me.”

A spokesperson for the Scottish Government said the business rates framework “remains under active review”.