THE North Berwick-based small batch distillery behind NB Gin has entered the vodka market with the launch of what it claims is the world’s first ‘London Dry’ citrus vodka.

NB London Dry Citrus Vodka is distilled using the same London Dry process by which the distiller creates its gin.

The vodka’s flavour is said to be derived purely from botanicals used in the distillation process with nothing added later. 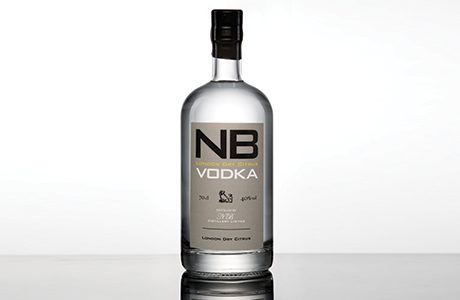 Bottled at 40% ABV, the new vodka is said to be the result of an 18-month development process that was triggered by the quality of a citrus-flavoured micro test produced while creating NB Gin.

The first batch of NB London Dry Citrus Vodka was released at the end of May and all 300 bottles are said to have been purchased by Lockett Brothers in North Berwick, however the firm said further batches and wider distribution will follow.

“What we’ve produced is totally new and we think that it will throw a curve-ball onto the vodka market in terms of its uniqueness,” said Muir.

“There are no gimmicks or strange quirks involved. The innovation lies within its extremely stringent production method, which has allowed us to create something very classic, very natural, and of the highest possible quality, following the London Dry process to the letter.

“There are no additives or sweeteners in our London Dry vodka. And it’s very versatile, so it’s delicious on its own but is also an excellent base for cocktails.”