WHERE craft has been the success story of the beer world over the last few years, gin has been making waves in the spirits sector.

It’s a parallel that’s been made by a number of drinks firms, who have suggested that, much like with beer, provenance, innovation and quality are driving consumer interest in – and sales of – gin, especially when it comes to Scottish brands. 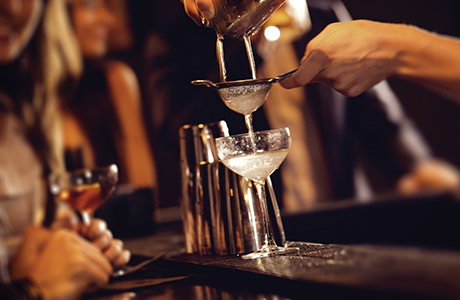 “Last year was an excellent year for gin sales, and this year is already shaping up to surpass this,” said Murray, adding that this summer will be an important time of the year for gin.

Jamie Craig Gentles of Eden Mill, in St Andrews, agreed that gin is performing well as more people are “trying new gins and thinking outside of the box”.

“If someone says they don’t like gin, they ought to add the word ‘yet’ – they just haven’t found the right one,” said Gentles.

Gentles suggested that the gin market has a “similar dynamic to craft beer”, and so publicans should “sell products you believe in and have a passion for – or at least excite you”.

The gin market hasn’t been short of activity in recent years, with an explosion of small batch products hitting the market, many of which originate north of the border.

Graham Coull of Stirling-based VC2 Brands, the firm behind Boë Superior Gin, said the growth in small batch gins has partly been driven by microbrewers who recognised there is “room in producing [new] gin [brands] and the set up costs are lower”.

Whatever the origins of a new gin, Coull believes every brand needs a story – “something to create that point of interest and conjure an image in a consumer’s head” whether that be through ingredients or how or where its produced.

Marcus Pickering, co-founder of Edinburgh-based Pickering’s Gin, agreed that consumer interest in the story behind gin is “a very important factor” when it comes to purchasing gin. 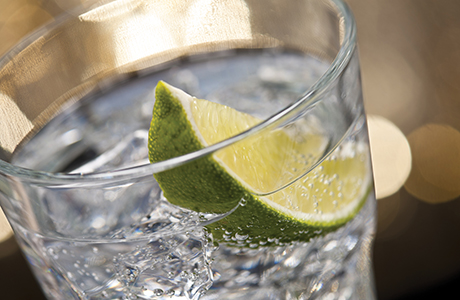 “They like to know about the ingredients and thinking behind the brand – no matter what scale or size,” said Pickering.

“Consumers increasingly want to learn about the people behind the gin and their story,” said Murray.

Well-trained bar staff are key to helping deliver that information, according to drinks firms.

Karen Stewart of Edinburgh-based Wemyss Malts, the firm behind Darnley’s View gin, said that training bartenders will “allow them to suggest different mixers for gins and lead to a better consumer experience”.

Stewart also suggested bartenders actively promote their gin offer, “giving focus to a small number of brands, perhaps the concept of a guest gin of the month”.

Training bar staff doesn’t just benefit the individual outlet, but the gin category as a whole, suggested Viv Muir of NB Gin, which is produced in North Berwick.

Muir said educated bar staff have been “critical to our success so far”.

“Product knowledge is paramount, so engaging people at the front end is hugely important,” said Muir.

Catherine Conaghan of Diageo, whose gin brands include Gordon’s and Tanqueray, agreed that the bartender’s role is “becoming increasingly influential”.

Conaghan also highlighted the positive impact the growing ‘cocktail culture’ has had on gin.

“Not only do [cocktails] drive frequency of purchase amongst existing gin consumers but also attract new younger gin consumers,” she said.

Mike Hayward of the Glasgow Distillery Company, the firm behind Makar gin, agreed that there is growing interest in cocktails, but suggested one serve in particular still dominates.

“The traditional G&T is still the flagship serve for gin,” said Hayward.

His sentiments were echoed by Alex Nicol of the Spencerfield Spirit Company, the firm behind Edinburgh Gin.

“New tonic flavours are on the horizon and they will certainly be investigated by consumers. Of course it changes the taste of the gin fundamentally.”

With the gin and tonic still a crucial part of the category’s appeal, Bob Fowkes, managing director and co-founder of Brockmans Gin, suggested publicans re-evaluate their G&T serve.

“How can this be improved through better glassware, quality tonics, improved ice or variety of garnish?” said Fowkes.

It’s not just the gin producers continuing to place importance on the G&T serve.

“We’ve seen a lot more bars take on our Mediterranean and Elderflower options, showing that the desire for variety is building in the on-trade,” he said.

“I would recommend having a wide selection to include a ‘house’ gin, a premium upsell, a few other favourites and your ‘luxury’ or ‘remarkable’ gin which holds something special,” said Davies.

Variety may be key, but the breadth an operator should strive for will depend on the style of outlet, suggested Dan Bolton, managing director of Hi-Spirits, the firm behind the Blackwood’s and Broker’s gins.

“As ever, it comes down to knowing your customers,” he said.

“There are venues with enthusiastic, experimental clientele where ten gins will just be scratching the surface, and others where three will be quite enough.

“The key is to work with suppliers to ensure that every gin on offer brings something different to the party.”

Karina Hermansen of Berry Bros. & Rudd, the firm behind gin brand No.3, agreed that operators should be “true to the bar’s own style” when building a range.

“In terms of maximising sales, having well-made gin serves on the menu is key; bartender education and recommendations, gin serves of the month, and gin tasting sessions all helps,” said Hermansen.

And with the prospect of at least a few warmer days on the horizon, Will Holt, director at Pinkster Gin, suggested operators “be adventurous” when it comes to gin.

“With summer fast approaching look at brands, perhaps with a lighter ABV, that provide a refreshing alternative,” he said.