As reported in SLTN, the Scottish Parliament recently floated the idea of introducing a sixth licensing objective – ‘reducing consumption of alcohol’.

This is in relation to the Air Weapons and Licensing Bill going through Holyrood.

The proposal was absurd at best, creating, as it would, a legal obligation on a licensee to put himself out of business.

This proposal came from a committee of the parliament which is overseeing the progress of the Bill.

The government, on the other hand, has indicated that it does not support the proposal, thankfully, perhaps recognising the inherent enforcement issues this would bring as well as the intrinsic contradiction.

This ‘rejection’ of a sixth licensing objective is to be welcomed.

However, the parliament committee has decided against doing anything about practical issues such as those relating to licence transfers, surrender and provisional licences.

I raised these in person at the parliament in December when I was called to give evidence.

The committee has, disappointingly, elected not to propose that changes are made to any of these areas of concern, with the government itself saying that changes in relation to surrenders and provisional licences may undermine facets of the licensing system (although they do not say which facets or why) and the suggestion to re-draft the provisions on transfers appears to have been put into the long grass.

Yet, as I have explained in these pages before, the law on transfer of licences is inept, poorly drafted and has no bearing on commercial reality.

On top of all this we now have the new Labour Bill proposal which would introduce yet further change to the licensing laws.

Although it is unlikely this Bill would be progressed in full as it would need SNP support, watch for certain elements of it creeping into the Air Weapons and Licensing Bill now we have reached Stage 2, when MSPs can table amendments. 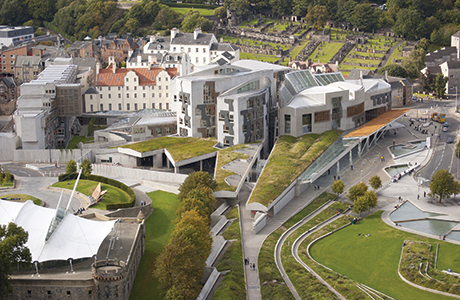 Licensing law has been in a state of flux since the run-up to the 2005 Act and if you add to that the secondary impact of laws such as the smoking ban and the drink driving threshold, one has to ask the question: when does it end?

There is now so much law relating to licensing and affecting licensed premises that it is impossible to locate, and therefore comprehend, unless you are a licensing law expert – and even those who can justify that description have to hold their hands up.

One must always ask whether the introduction of new laws can be justified having regard to the existing legal framework.

And are the existing offences concerning behaviours as a result of overconsumption not replete?

Yet, there is no end in sight to licensing law reform: remember to keep your eyes peeled for the Air Weapons and Licensing Bill Stage 2 amendments which may yield yet further change.

• Stephen McGowan is head of licensing (Scotland) at TLT Solicitors.