Head of business development at G1 Group is a new job for Fraser McIlwraith and a new role for the firm.

In this new position, which he took up in April, McIlwraith oversees sales and marketing for the bar and club firm and is on the front lines for new G1 Group projects, as well as taking charge of liquor purchasing following the departure of former brand director David Tracey.

The move has been a ‘hit the ground running’ experience so far, said McIlwraith.

Speaking to SLTN during his first week, and while “still learning everyone’s names”, he was heading out to Kilmarnock, an area he knows well from his six years working for Ayrshire multiple operator Buzzworks Holdings, to offer his input on new G1 bar restaurant concept Franklin & Sloane, which is set to open in the town’s old Trading Standards building on London Road this summer.

It’s the kind of trip McIlwraith can expect to make on a regular basis as G1 Group embarks on an ambitious expansion plan to double its estate to 100 units over the next five to ten years.

“We need to really look after staff, the people in our venues, increasing their engagement and loyalty,” said McIlwraith.

It’s an approach McIlwraith is more than familiar with, as someone who has built himself a career in the trade from humble beginnings as a 17 year old glass-washer.

From this start, working for Vodka Wodka in Paisley in 1996, McIlwraith headed east to Edinburgh, university, and a job at Caledonian Heritable’s Ryan’s Bar.

While studying physiology, McIlwraith worked every job in the bar and finished up the four years not just with a degree, but with experience as a full-time duty manager.

At that point he began to view the trade as a viable career path and, despite opportunities at Caledonian Heritable, he was tempted back to Vodka Wodka, this time in Glasgow’s Ashton Lane.

From there things started to snowball.

The team behind Vodka Wodka opened cocktail bar Booly Mardys just off Byres Road, with McIlwraith working between the two venues and entering a host of cocktail competitions.

Success in the competitive bartender arena saw him head to Jamaica with Appleton rum, Cuba with Havana Club, some treks to Poland with Marblehead and a trip to New York through FHM.

Having spent five years working in Glasgow – and having caught the bug for travelling – McIlwraith headed to New York for nine months before moving to the Mediterranean as a restaurant manager for tour operator Mark Warner on Corsica; he then headed back to Scotland to work at the Hilton in Glasgow city centre. 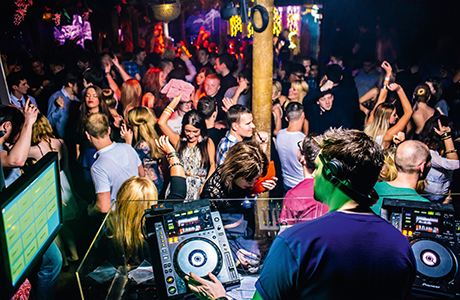 McIlwraith’s return to Glasgow is what sent him on the trajectory to G1 Group, a firm he admits he’s always “flirted with the idea of joining”.

Moving on from the Hilton, McIlwraith joined Ryan Barrie at his Merchant City venue Citation, before moving on to Buzzworks Holdings in Ayrshire.

“I probably went out there a little arrogant, thinking ‘what am I going to learn in Ayrshire?’,” McIlwraith said.

Joining Buzzworks as company bar manager, McIlwraith said he was impressed by the firm’s unswerving commitment to high standards. 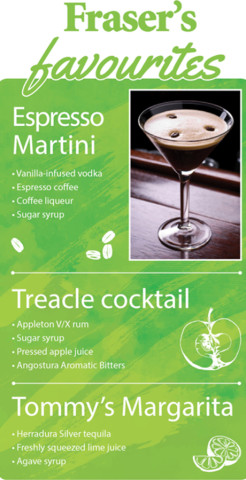 During his time with the Ayrshire operator, he took on the role of liquor buyer and became involved in new developments, dealing with openings of both new and revamped Buzzworks venues, including The Longhouse in Kilmarnock and Lido in Troon.

McIlwraith said his six years with Buzzworks “taught me a hell of a lot about how to run a business properly”.

Now, in his new role at G1 Group, which operates more than 45 managed outlets across Scotland, McIlwraith believes it’s his turn to pass on some of the knowledge he’s picked up over the years.

“You can’t get to the stage where you just do your work, you need to remember to coach,” said McIlwraith.

“I’ve had inspiration from others and I feel it’s important to give that back to others.”

He hopes to engage G1 Group employees with the trade, presenting the industry as a real career prospect, but he’s also active outside of the workplace in promoting professionalism in the industry.

In 2010, McIlwraith set up the Glasgow Bartenders Club with Chris Miles, formerly of Booly Mardys and who now runs The Black Cat on Edinburgh’s Rose Street.

The group’s goal was to bring like-minded people working in Glasgow bars together; and McIlwraith said it has gone from strength to strength as the city’s cocktail scene has grown, with the group getting together to meet with brand representatives and regular lively discussion on a Facebook page with in excess of 1000 followers.

The giving back doesn’t end in the on-trade either.

McIlwraith has done his fair share of charity fundraising, from one-mile swims and Pedal for Scotland’s Glasgow to Edinburgh cycle to charity obstacle run Tough Mudder.

But he clearly has no intention of standing still in his own career either, having secured a Hit Scotland executive development scholarship, which he said will allow him to continue moving forward.