BREWERS’ trade group the Society of Independent Brewers (SIBA) has unveiled ambitious plans to grow its membership by a further 20% in the next year.

SIBA revealed the target as it signed up its 800th member – the Cathedral Heights Brewery in Lincoln; the membership milestone came after the organisation recruited 100 independent brewers as members in 2014. 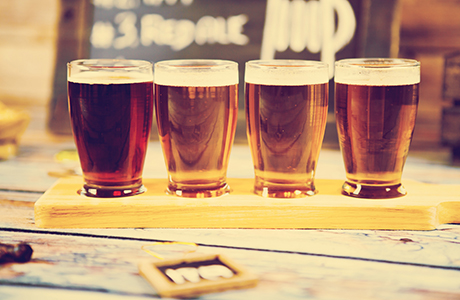 SIBA’s members are located across the UK, including more than 40 in Scotland, and range in size from microbrewers producing fewer than 1000 hectolitres (176,000 pints) per year to regional brewers with an output of up to 200,000 hectolitres (35,200,000 pints) – the limit for membership.

SIBA managing director Mike Benner said the brewers’ trade group, which was founded in 1980 to represent the UK’s smaller, independent breweries and lobby government on their behalf, now represents more than half of the estimated 1400 brewers in the UK.

“Over recent years, SIBA has become a more effective and high profile organisation, thanks in large part to our successful lobbying for the three cuts in beer duty, which have benefited every brewer in the land,” he said.

“This, along with our BeerX event celebrating British beer, has led to a wider appreciation of the benefits of belonging to SIBA and an upturn in recruitment.

“As part of our first strategic plan, unveiled last month, we are looking to grow our brewer membership by 20% over the next 12 months.

“To achieve this, we are reviewing and improving our services to existing members and developing initiatives to attract new ones.”