The east end of Glasgow has undergone massive change in recent years.

From new housing and sports facilities for last summer’s Commonwealth Games to additions like Drygate Brewery, the area is, in parts, barely recognisable.

As the east end has been transformed, the Hielan Jessie pub has stayed true to its roots; it’s safe to say it’s something of an institution in the area. 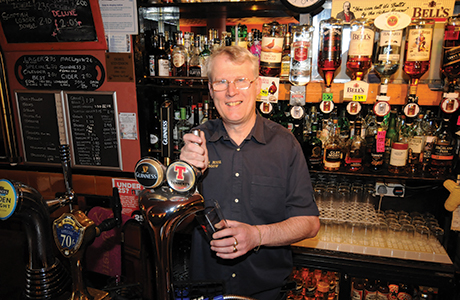 Billy Gold has been at the helm of the pub for the past 20 years, after inheriting the Gallowgate outlet following the retiral of his father Bill Gold – a figure who he said hugely influenced his career as a publican.

His other main driving force was long-term partner Josephine McCormack, who he lost to pancreatic cancer in August 2013.

It had a devastating effect on Billy; but it led him to stage a number of charity events to raise funds for Marie Curie – the charity which cared for Josephine.

Billy’s community and fundraising work at the pub earned him the SLTN Unsung Hero Award for 2014, in association with Wallaces TCB.

However, the Glasgow licensee was quick to credit his ten part-time staff, who he said helped him cope with the loss of his partner, who was often behind the bar at the Hielan Jessie.

“The customers and staff were very kind to me, but they also gave me a boot up the backside when it was needed,” Billy told SLTN.

“Josephine was very committed to charity and we now do a lot of stuff for Marie Curie because they cared for her.”

Billy’s nomination for the SLTN Unsung Hero Award came not long after Josephine’s death and he admits he was reluctant to attend last November’s awards; Josephine, he said, would have loved it as “she loved singing and being in the limelight”. 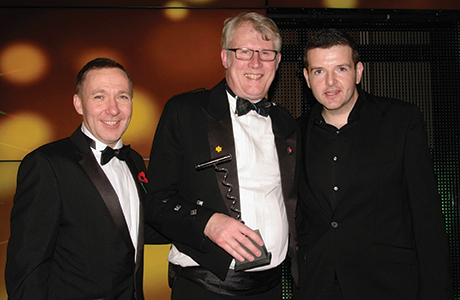 Billy has since sponsored an engraved stage floor board in Josephine’s memory at The Britannia Panopticon Theatre in Glasgow.

“She always wanted to be on the stage, so this is me giving Josephine her wish,” he said.

While the SLTN Award acknowledged Billy’s commendable charity activities, it was also, he said, recognition of a business, which has been in his family for more than three decades and continues to thrive at the heart of its community, despite the changes around it.

A licence for the site can be traced back to at least 1826, he said, and the premises was due to be demolished in the 1980s before the Gold family took it over.

The pub, which is located in the shadow of Celtic Park, has no TV, pool table, loud music or games machines.

It quickly fills up on match days, but Billy said he is careful not to alienate his regular clientele when there is football on.

“Geographically we are right next to the stadium, but we don’t display any paraphernalia.

“On match days it can be quite busy, but we get a slightly older supporter in here.

“We still get regulars as well as supporters on match days, but the supporters respect the regulars.”

In addition to football fans, the Hielan Jessie has become a popular stop-off for fans of photographer Oscar Marzaroli whose black and white images adorn the pub walls; the bar commissioned 45 prints 30 years ago before the internationally-celebrated photographer’s work became popular.

And although there have been few changes at the Hielan Jessie since he took over, Billy welcomes the transformation of the east end and the arrival of new developments like Drygate – a joint venture between east end brewer Tennent’s and Alloa-based Williams Bros.

Tennent’s Lager, along with sister brands Tennent’s Special, Caledonia Best and Magners Golden Draught, feature on tap in the Hielan Jessie, with Tennent’s Lager said to be the best-selling pint.

“Sure they (Tennent’s) have been taken over by C&C, but they’ve been very proactive and they know this part of the trade is a very important sector,” said Billy.

“They provide access to funding and are happy to do a lot of branding including branded glassware and region-specific glasses.

“We’ve got a really good relationship with Tennent’s.”