Beer-focused training firm the Beer Academy has reported an uplift in bookings for its beer appreciation course, which the firm is attributing to growing interest in the category.

The course is said to have seen a 20% rise in bookings year on year, which the academy reckons has been fuelled by interest in all aspects of beer and beer styles. 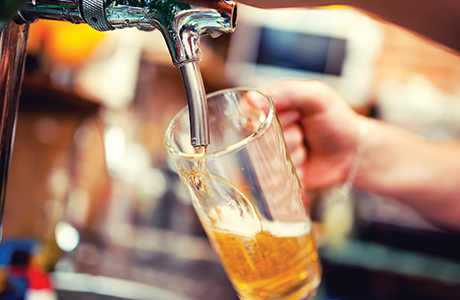 The Beer Academy also said it has reviewed and reworked its training programmes, which are run across the UK including in Edinburgh, in order to offer a “more structured training ladder”.

The new approach takes participants through a foundation course onto the ‘Advanced’ and ‘How to Judge Beer’ programmes in order to gain a ‘Beer Sommelier’ qualification.

The changes to the programmes have led to an expansion in the courses, including lengthening the How to Judge Beer course from a half to a full day; adding more beer styles to the Advanced course; and including a section about the current beer market and trends, including craft beer, into the Foundation programme.

Foundation course participants are also now given a Beer Academy Beer Styles book which lists over 30 styles of beer which are tasted over the course of the programme.

Alex Barlow, director of training at the Beer Academy, said “there was a need to refresh those courses to incorporate developments in the beer industry and to make sure they worked together as an integrated beer education package that meets the needs of our growing customer base”.

Barlow said the strength of the Beer Academy’s offer “has always been its grounding in brewing and beer retailing knowledge, which continues to underpin all our courses”.

Simon Jackson, executive director of the Institute of Brewing & Distilling, which operates the Beer Academy, said it is “good to see this increase in uptake of courses” and said the growth in interest in beers has led a growing number of operators to “realise the importance of stocking a full range of beers and actively promoting them to customers”.