THE firm behind Swedish cider brand Kopparberg is entering the world beer category in the UK with the introduction of its Fagerhult and Höga Kusten brands.

Scheduled to launch in May, Höga Kusten is a 5.3% ABV beer which is a blend of ale and lager.

The beer, which is produced at the Zeunerts brewery – acquired by Kopparberg in 2002 – is said to be a “bridge between ale and lager” brewed to a recipe that’s claimed to be 20 years old.

Höga Kusten is set to be rolled out in a 330ml bottled format and will be accompanied by branded glassware as well as point of sale materials. 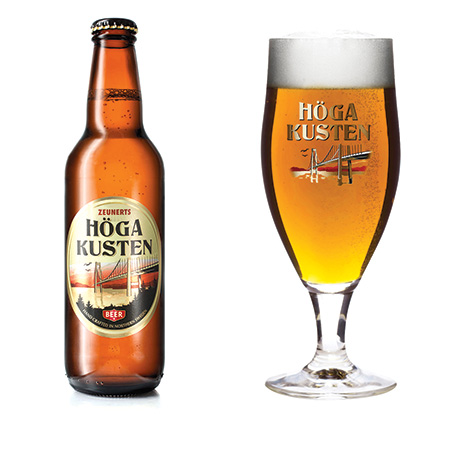 Kopparberg is also rolling out Swedish Pilsner Fagerhult to the UK on and off-trades.

Packaged in a 330ml can, Fagerhult is a 4.8% ABV beer which Kopparberg said is pitched at young adult drinkers, particularly 18 to 34 year old males – said to be a key demographic for the brand.

The beer is made using water from the same source as Kopparberg and the firm will be highlighting the brand’s foreign credentials under the tag line ‘stubborn Swedish beer’, which appears on the can.

Fagerhult will be supported in the on-trade through permanent point of sale materials such as bar runners and beer mats.

Speaking at Kopparberg’s UK category overview event in London this month, Kopparberg customer marketing manager Ben Turner said the current popularity of craft and world beers in the UK make this the ideal time to launch Fagerhult in the country.

“The whole profile and provenance of world beers really fits with the US and UK trend for canned brands and really as craft moves into the mainstream Fagerhult is going to benefit,” said Turner.

Rob Calder, head of marketing at Kopparberg, added that Fagerhult is a “natural extension” to the firm’s packaged cider brands, and should perform well in similar outlets to Kopparberg – while Höga Kusten is expected to sell well in “more traditional” venues.

Both brands will be the subject of online and social media campaigning this year as well as ‘experiential’ activities such as Kopparberg’s ‘Urban Forest’ – a five week live music festival which will run in London this summer.