WHEN Darren Laurie, Steve MacDonald and Kass Darling took over Livingston venue Club Earth in 2013 they knew they had a big job ahead of them.

Though the club was well established in the town, having operated in one form or another since the 1980s, the huge, 9000 square-foot site was only operating on Friday and Saturday nights.

Increasing the club’s trade was their first priority. 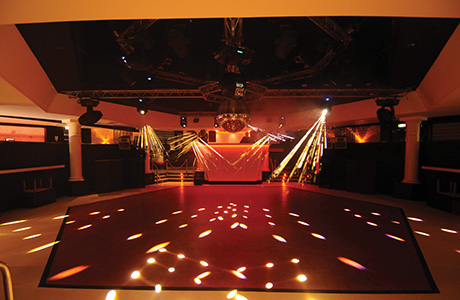 “After ten or twelve weeks you’re looking at people’s IDs and they’re coming from Edinburgh, Cambuslang and you’re thinking ‘this is starting to work’,” said Darren.

But the operators were keen to go further and transform the look and feel of the place.

They wanted to make it their own.

“We got ourselves to the point where we were quite comfortable, but it still needed the attention we’d said it would have,” said Darren.

“We’ve got to be comfortable with the venue ourselves, and we’ve got to have our own stamp on it. That’s just the way we are.” 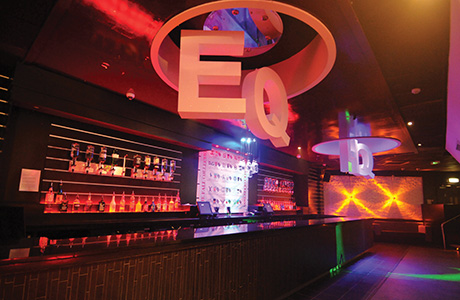 Closing at the end of January, work on the refurbishment began at the beginning of February and took four weeks.

“We didn’t get much sleep,” said Darren.

“We said to ourselves ‘we’ll get this done’, but it’s a big, big space. But we managed it.”

As well as the introduction of new, more comfortable and upmarket furniture from JC Upholstery, upgraded lighting and a brand new sound system from GDS Sound & Light, the look and feel of the space was revamped through some physical restructuring.

The club’s DJ box was relocated to a central position overlooking the dancefloor and a new, secondary bar was constructed to complement the club’s existing main bar.

A smaller third bar, serving bottled products, had existed before the refurbishment and was redecorated to round out the public area.

Perhaps the most significant addition, however, was the transformation of the rear of the club into a 150-capacity VIP area.

The space, now branded Lounge 54, has its own bar and consists of couch seating grouped around tables which can be pre-booked by groups of between eight and 20 clubbers. 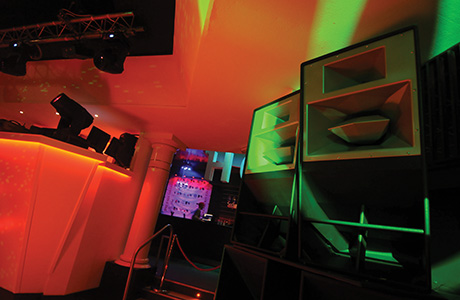 To top off the physical changes the venue was given a new name – EQHQ – as a reference to the club’s focus on state-of-the-art sound quality.

Brands on sale in the VIP area include Belvedere and Moet & Chandon, while in the main club area spirits include products from Bacardi Brown-Forman and William Grant, with a range of bottled drinks from Heineken and WKD (draught products including Heineken and Birra Morretti are planned for the near future).

Drinks suppliers to the club include Heineken and Wallaces TCB.

The result, says Darren, is a high class venue.

“That was very important to us.”

Service was an important factor for the refurbished club, said Darren. 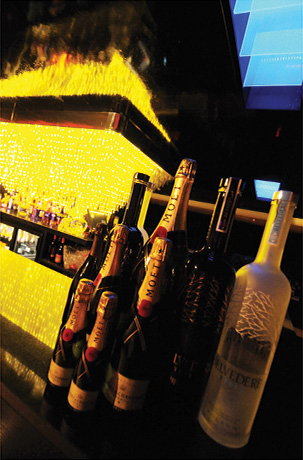 In the existing staff the new owners were confident they already had a strong team in place.

Sound and lighting were other major considerations.

“Lighting is really big for us, and the size and stature of the lights we’ve got you won’t find in any other nightclub in the country – not one,” said Darren.

“The cherry on top for us was to get the sound absolutely perfect.

“So after lots of deliberation we decided to go for a Funktion-One, which is kind of the Rolls Royce of sound systems.”

In addition to appealing to the local Livingston crowd and competing with other venues in the town – EQHQ is one of three clubs in Livingston – it is hoped the newly refurbished and relaunched club will also attract a broader range of clientele from further afield.

“The idea now is to appeal to people who are a little bit further afield, who understand a bit about the quality, the fact there’s a VIP space now, we have a Funktion-One sound system, the fact that the décor is as good as anywhere,” said Darren.

But the work is far from done.

With the club space now complete, attention is focused on converting the space at the front of the building – previously part of the club – into a new bar and restaurant.

In contrast to the club part of the venue, the bar and restaurant – to be named 0506 Kitchen & Bar – will open throughout the day, offering a range of small plate dishes, craft beers and cocktails. It is expected to open in the coming weeks.

“If you go back to the ’80s (when the building was built) clubs were a different beast; there wasn’t anything like hybrid units back then,” commented Steve.

“In the last 15 years you could clearly see the development of pubs and you had this big massive unit that just wasn’t functioning to any potential, because it was only there for the weekend.

“It was an obvious opportunity to expand the functioning of the venue.”