A new owner is being sought for a Trossachs pub with its own secret beer recipe.

The Lade Inn is situated in the hamlet of Kilmahog, near Callander in the Loch Lomond & Trossachs National Park.

The outlet includes separate bar and restaurant areas as well as a dedicated real ale shop, which stocks more than 210 beers from 40 different breweries. 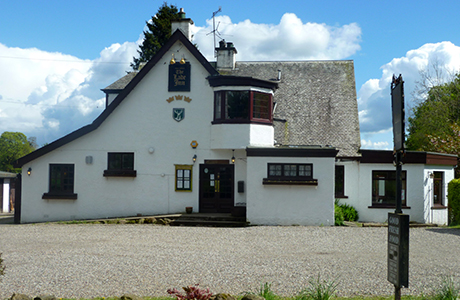 The property is said to currently have a strong focus on food, which is served in the bar area as well as in the restaurant.

Beer is something of a speciality for the business, and the inn’s Bothy Bar sells a range of the venue’s own Lade Inn beers, said to be produced using a secret recipe which is included in the sale.

Outside, the pub has a “sizeable” beer garden, which is said to be popular with families and hillwalkers during the summer months, and a large car park for customers travelling from further afield.

The business also includes a “spacious” owner’s flat which is included in the sale.

The property is being marketed by Cornerstone Business Agents at offers over £575,000.

The property firm’s Derek Burgoyne said the Lade Inn’s location and adjoining beer shop set the property apart from others in the area.

“The Lade is very special, it’s a place I’ve enjoyed visiting as a customer for many years and we are delighted to have been instructed to handle the sale,” said  Burgoyne.