WHOLESALER Matthew Clark has hailed its ‘Uncovered’ tasting event in Edinburgh as its most successful ever, having attracted more visitors than any of its previous events.

The wholesaler held the event in The Assembly Rooms, where customers and suppliers were invited to try a range of wines, spirits and beers. 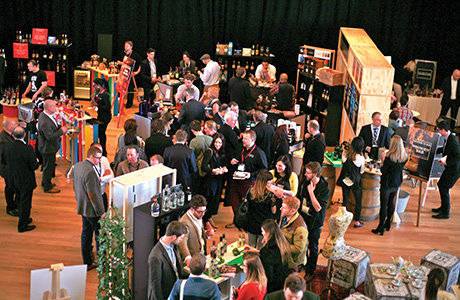 A number of masterclasses were also offered covering a range of categories including blind Champagne tasting and a sake and food pairing class, while Matthew Clark’s ‘Menu Engineering’ service was on display at a ‘Design Studio bar’.

Matthew Clark’s Scottish boss, Des Gallagher, said the event was a “fantastic success” and credited this to the “scale  and diversity of the tasting along with unique access to world class winemakers, brewers and spirits experts”.

“It was great to showcase so much to our customers in one day, to give them such an on-trade experience, we hope there was something for everyone to take back to their outlet,” said Gallagher.