[dropcap]O[/dropcap]PERATORS who have set their sights on the Highlands might be interested in two real ale pubs which have just come onto the books of ASG Commercial.

The property firm is marketing The Phoenix Ale House on Academy Street and the Castle Tavern on View Place on behalf of George MacLean, who plans to “take things a little easier” after 50 years in the trade.

The Castle Tavern, which MacLean has owned for ten years, overlooks Inverness Castle and is described as a “magnet” for tourists as well as having “strong” local trade. 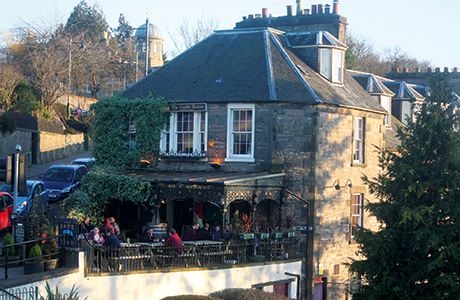 The pub, which is on the market at offers around £1.1 million, majors in real ale, with six taps featuring beers from local brewers; it is also said to have a wide range of malts and a strong food offer.

“The Tavern is an established business in a prime location opposite Inverness Castle and has a turnover of just under £1m,” he said.

“This is the type of business that attracts a lot of interest and we expect a lot of enquiries.

“The planned opening of the castle to the general public puts the Tavern in an ideal spot to capitalise on this huge tourist attraction.”

The Phoenix, which MacLean has operated for just under a year, also majors in real ale, with ten taps offering a range of different brews. The CAMRA Award-winning pub is being marketed by ASG Commercial with a price tag of offers around £545,000.

Despite the sales, MacLean insisted he is not stepping away from the trade.

“I am not retiring,” he said, “just planning on taking things a little easier; after all, I have been in the hospitality business for over 50 years.”