COCA-Cola GB has announced a change of direction in its marketing which aims to bring all four Coke brands together to make the products clearer to consumers.

Under the new ‘one brand’ strategy, the four variants – Coca-Cola, Diet Coke, Coca-Cola Zero and Coca-Cola Life – will appear together on all Coca-Cola advertising in the UK from next month. 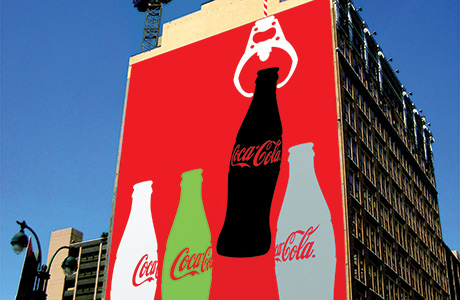 This will include Coke’s sponsorship of the 2015 Rugby World Cup.

Following consumer research the company said that many people don’t “fully understand” the range, in particular the Coke Zero and Coca-Cola Life flavours.

In addition to bringing the products together in advertising, the packaging of the range will be tweaked to include a more uniform style across the variants as well as clearer descriptions of each individual product.

Coke Zero contains zero sugar or calories, while Coca-Cola Life, introduced in summer 2014, is made with a blend of sugar and stevia leaf extract.

Coca-Cola GB claims the Life product contains a third less sugar and a third fewer calories than regular Coke. The launch was part of a wider effort by the company to reduce sugar in its products, which also included reformulation of the recipes for Sprite, Dr Pepper and Fanta Fruit Twist.

“Coca-Cola is one of the best-loved and most iconic brands in the world,” said Jon Woods, general manager of Coca-Cola Great Britain.

“With our new ‘one brand’ approach, we are uniting four distinct brands under the umbrella of Coca-Cola.

“We believe our no and lower sugar variants will benefit from this closer association with Coca-Cola and that featuring all variants in our advertising will make clear to more consumers the full choice we offer them.

“By focusing on building one brand and extending the appeal of the original Coca-Cola across our lower and no sugar variants we believe we can drive sustainable growth for our business in Great Britain in the years ahead.”