SCOTTISH golfers may face a daily gamble with the weather, but spring has well and truly arrived in Augusta, Georgia, bringing with it the first major of the year, The Masters.

From April 9 to 12, the top players on the US and European tours will compete for the green jacket. All eyes will be on Rory McIlroy as he aims to continue his run of major triumphs with a third victory in a row. A win at Augusta would complete the Northern Irishman’s collection of golf majors. 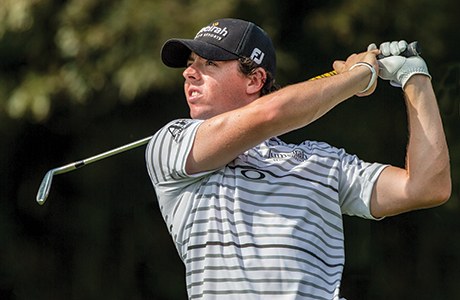 At home, most of the action can be found on the football pitch as the screw tightens on some of Scottish football’s big names.

Rangers have two crucial ties which could affect their chances of promotion this year. A head to head against Championship leaders Hearts on April 5 could prove a tough tie before the Glasgow side heads to Dumfries on April 9 to face a Queen of the South squad far from giving up on a playoff place in the summer.

Livingston and Alloa will be looking to make this a season to remember as they face each other in the Challenge Cup final on April 5, while there are two derbies to look out for: Dundee face Dundee United on April 8 and, on April 12, Hibernian take on Hearts.

Other Scottish action includes two away ties for Celtic who face St Mirren on April 3 and Inverness on April 11 in a fortnight spent on the road.