Holyrood has power to create its own pubs code legislation but it is unlikely to be a panacea, writes Colliers International’s Paul Shiells

Proposed changes to the beer tie, spearheaded by a statutory pubs code for England and Wales and enforced by an independent adjudicator, will impact many of the UK’s smaller pubs.

The legislation, part of the Small Business, Enterprise and Employment Bill, comes after four reports over a ten-year period by the Business, Innovation and Skills Select Committee into the perceived imbalance in the bargaining power between tied tenants and their pub-owning companies.

The changes could see any pubco owning more than 500 pubs, including managed houses, required to offer its tenants the option of moving to a free-of-tie rent, dubbed market rent only (MRO), if one of a number of trigger points occurs.

Tenants of companies with more than 500 pubs would be allowed to buy beer/cider anywhere, creating a two-tier market.

Opponents of the current tie agreements argue that they stifle competition and lead to higher prices for customers, less choice and poorer quality beer. Anti-tie campaigners believe that allowing tenants to buy beer on the open market will encourage competition, and help to keep more pubs open. However, this fails to recognise that tied pub company retail beer prices are, on average, 6% lower than free-of-tie retail prices.

The British Beer and Pub Association, on the other hand, has described the proposals as “hugely damaging” and said it could prompt the closure of 1400 more pubs with 7000 job losses.

For Scotland, the potential impact on pubs has only recently become clear, as a result of amendments to the Bill made by the House of Lords’ Grand Committee, which means the issue would be a devolved matter.

This will be very encouraging for many Scottish brewers and pub operators, and leaves the road clear for the Scottish Government to create its own legislation. It also gives our sector investors and operators the reassurance that Holyrood has the freedom to ensure our industry is not penalised, compared with the rest of the UK.

When or what happens will be watched with some serious interest. 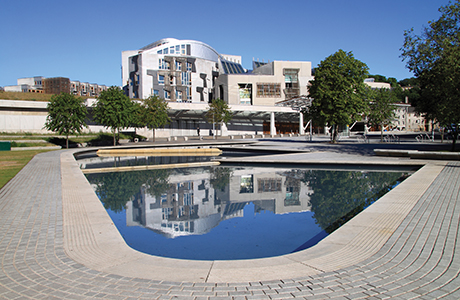 The last few years have seen many pub closures and from some of the publicity, it could appear that nearly all the closures are taking place in the tied sector.

However, the truth may be rather different.

Research has found that the closure rate in the free-of-tie sector is more than double the closure rate in the tied, tenanted, leased sector. There is a multitude of reasons, all connected to the fact that tied pubs also tie the pub company into the future prospect of a pub. As part of the rent is paid through the beer, the pub company is motivated to drive up beer volumes, which is why pub companies invest substantial amounts in capital expenditure, tenant support and rent concessions when good licensees are struggling.

If tenants take up the MRO option they will be free to buy their beer from any supplier but the biggest beneficiaries of this new economic model will be the major brewers.

Pubcos will lose a significant revenue stream and, as a result, some investment plans have already been put on hold.

While some tenants will be better off under an MRO, the financial risk will no longer be shared with the pubco. Furthermore, beer prices are unlikely to fall, with tenants facing having to balance a modest discount with increased rent.

Pubcos may have been guilty of some poor historic practices, but much had already been done to remedy any imbalances.

The surprise introduction of the MRO will cause short-term disruption and medium-term changes. Nevertheless, it is unlikely to be the panacea to the problems which affect the tenants of marginal pubs.

Whether Scotland will follow suit with similar or alternative legislation as the industry voice is heard in the corridors at Holyrood remains to be seen.