A PROPOSED change to Scottish licensing law that would see boards compelled to reduce alcohol consumption has been dismissed as “a non-starter” by licensing lawyers.

The proposal, included in the Local Government and Regeneration Committee’s stage one report on the Air Weapons and Licensing (Scotland) Bill, would see a new ‘reduction of consumption’ licensing objective added to the law.

The licensing objectives are at the heart of the 2005 Licensing Act and form the basis for how boards approach alcohol licensing in their areas. 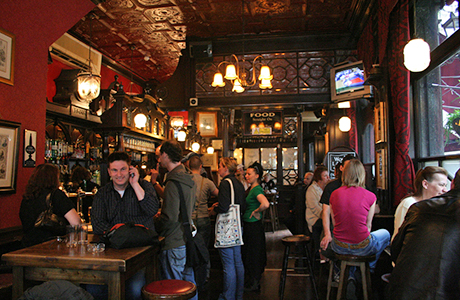 But Andrew Hunter, of legal firm Harper Macleod, described the proposal as “a non-starter”.

“On one view it is overprovison by another name and the board should stick with matters they are familiar with,” he said.

“How could a board really judge consumption levels with any certainty in any given area anyway?

“Without data about where individuals living in a particular area actually buy their alcohol, it seems an impossible task to assess.

“Such wider policy and health matters are for central government not local licensing boards.”

Jack Cummins, licensing director at legal firm Hill Brown, was also sceptical about a board’s ability to monitor alcohol consumption in its area.

“How do you monitor consumption when people are sitting in their houses?” he said.

“Do you peek through the curtains?

“I just don’t see how a licensing board is powered to reduce consumption.

“The big question has got to be how does a licensing board bound to promote the reduction of consumption actually implement that obligation?

And were licensing boards to compel licensees to reduce alcohol consumption it would be a contradiction, said Stephen McGowan of TLT Solicitors.

“Imposing a legal duty on a trader who is licensed to sell alcohol to reduce consumption of alcohol is oxymoronic,” he said. “The issue is irresponsible consumption, which is already dealt with by existing offences and the health objective.”

Kevin Stewart MSP, the convenor of the Local Government and Regeneration Committee, said: “During our consideration of the Bill we heard from a range of witnesses about the increasing impact that overconsumption of alcohol can have.

“Licensing boards should have goals to protect and improve public health and clearly over consumption of alcohol affects public health greatly.

“The inclusion of an explicit objective would ensure that all boards must consider public health impacts in the future.”