Last year whisky writer Jim Murray named a Japanese whisky the best in the world. Do pub-goers now expect a whisky range to include examples from across the world?

“It’s really great for consumers to be able to have such a wide and varied choice but I appreciate it’s probably making it even harder for publicans to decide which are best to choose.

“I would say that consumers are probably most familiar with the Japanese and Irish whiskey brands, so it might be advisable to stock those as more people will be more able to identify them.”

“The rise in popularity of whisky does mean that producers in countries like Japan and America are also distilling excellent drams so you’ll be spoilt for choice. 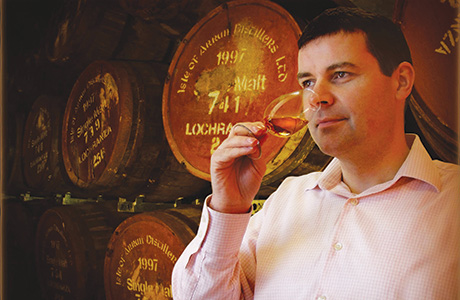 “However, we’ve found that people inevitably have a soft spot for Scottish whisky and as a small independent distiller, doing what we think is some really interesting work, we are confident we can offer licensees Scottish products of interest and great quality.”