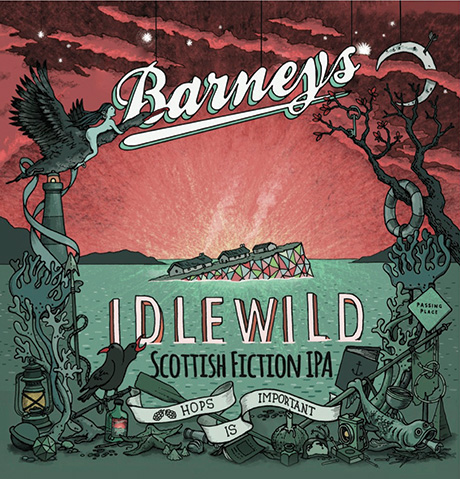 The new beer, Scottish Fiction IPA, was brewed in consultation with the band who tried the Barney’s range at the brewery, which is based in Edinburgh arts hub Summerhall.

The partnership with Idlewild is the latest in a line of artistic collaborations from the brewery which includes work with artists John Byrne, Ryoko Tamura and Will Pickvance.

The limited edition beer is available at independent beer and wine shops as well as in cask format.