THE Foresters Arms in Aberdour has been named CAMRA Kingdom of Fife Pub of the Year for 2015.

The pub topped the region following a period of judging which saw CAMRA members score venues across Fife on a variety of criteria including quality of beer, quality of the pub and level of service. 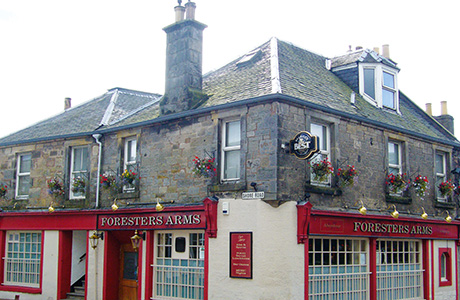 The Foresters Arms will now go on to compete for the title of Scotland and Northern Ireland Pub of the Year 2015.

Foresters Arms owner Johnny Scott said it was “overwhelming” to have topped the region, adding that the Fife area is a “tough one”.

“This is only our second year in the Good Beer Guide, just to get nominated was above our expectations,” he said.

The four other finalists on CAMRA Kingdom of Fife’s shortlist were The Albert in Freuchie, St Andrews Brewing Company in St Andrews, The Guildhall and Linen Exchange in Dunfermline and last year’s winner The Commercial, also in Dunfermline.