FOUR budding brewers from Heriot-Watt University in Edinburgh have been selected to join forces with Stewart Brewing to develop and launch a new beer. 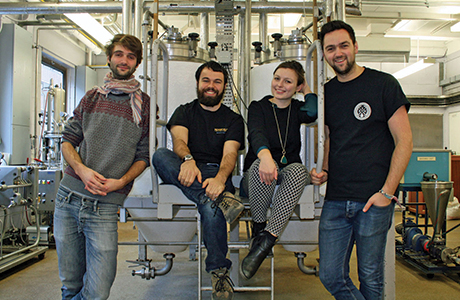 The students – Sarah Brown, Richard Hamer, Sam Fleet and Reade Huddleston (pictured) – were selected to participate in Natural Selection Brewing, a collaborative project between students at the International Centre for Brewing and Distilling and Stewart Brewing.

The beer is expected to launch in Edinburgh in early July before being rolled out across Scotland and the UK.

Huddleston, who has been named lead brewer for the Natural Selection Brewing team, said the project provides “an amazing opportunity for young brewers to get to grips with the UK market and put theory into practice on a commercial scale”.