TRADITIONALLY, the police have always played a central role in a licensing system with a focus on enforcement and

This they do with the full support of the trade and its advisers.

But, since the inception of the Licensing (Scotland) Act 2005, it’s become clear that the police have handed themselves a much wider brief.

A determination to push the boundaries of their involvement was perfectly illustrated when senior officers offered their views on aspects of the Air Weapons and Licensing Bill at a recent meeting of the Parliament’s Local Government and Regeneration Committee (LGRC).

A discussion on overprovision turned to the possible employment benefits to communities of major developments.

In the view of a police representative, new job opportunities had to be “balanced with current businesses that are in place”, in the same way that planning committees might take into account the potential impact on local traders.

In my view, these are considerations that have not even the remotest connection with policing. In fact, quite properly, licensing boards are apt to recognise that the potential commercial competition is not a matter falling with their remit.

There’s also an incursion into the public health arena.

I’ve already come across police opposition to new licence applications citing – and supporting – controversial research into alcohol availability and health harms. So, it was no surprise that at the LGRC meeting one of the police representatives offered to provide “figures” for “public health issues”.

But NHS boards are already making their mark on licensing by opposing new outlets on the ‘public health’ objective ground, as well as seeking to influence the development of robust overprovision policies.

While I have very serious reservations about the quality of the evidence they deploy, these interventions are legitimately made – but they have absolutely nothing to do with policing.

Yet, there’s a paradox here.

While the claimed connection between the density of licensed premises and alcohol-related illness remains hugely controversial, there is simply no disputing the health damage caused by excessive alcohol consumption – and of course it often leaves criminal behaviour in its path.

At an earlier LGRC evidence session, a licensing board’s legal adviser put the point into play: “Our board is very concerned about over-consumption rather than overprovision”. 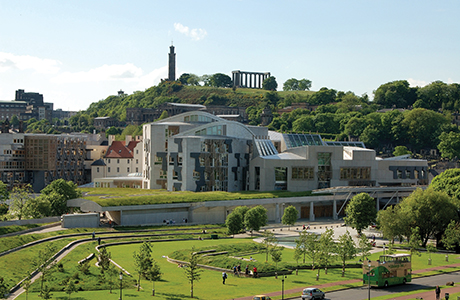 It’s worth quoting part of her evidence in full: “There are a number of licensing offences, including being drunk on licensed premises and serving a drunk person.

“However, because of the difficulties in interpreting what ‘drunk’ means legally, those offences are prosecuted infrequently. In the past five years, [my board] has seen only two cases of licence holders being prosecuted for licensing offences. However, when you consider the CCTV evidence that boards have seen of drunk people staggering out of nightclubs at 2 and 3 in the morning, the two do not add up.”

I’m perfectly prepared to accept that assessing whether a person might be ‘drunk’ is not straightforward, particularly since the Licensing Act doesn’t provide a definition. The word “intoxicated” is sometimes used – but drunkenness is something less than that.

So, this is a controversial area where the trade needs to be protected from spurious allegations; and it probably explains why the police are often apt to a sensibly cautious approach.

But, like the licensing board’s adviser, I’ve also seen CCTV footage of badly-managed premises disgorging their staggering debris onto the street at closing time and, looking at the condition of the majority of patrons, most of whom could scarcely remain vertical, there was no ‘grey area’.

If  Police Scotland wants to make a contribution to the ‘public health’ objective, tackling criminal behaviour associated with the blatant excessive consumption of alcohol would be a useful exercise of their law enforcement powers.