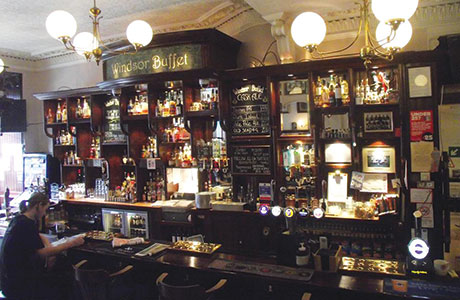 A CHANGE in cellar technology has helped to improve beer and cider quality at a pub on Edinburgh’s Leith Walk, according to the owner of the business.
The Windsor Buffet has been using the Heineken Smart Dispense system since the beginning of last month, and co-owner Jacqueline Nisbet said the feedback from staff and customers has been positive.
“Part of the reason I was keen to get it [the Smart Dispense system] in was cutting down the electricity costs,” Jacqueline told SLTN.
“It’s a little too soon to know whether it’s had a difference there, but it has had an immediate impact on waste reduction.
“The feedback I’m getting from my unit manager, who gets the feedback from the customers, is it just leads to an awful lot more consistency with the beer quality – regulating your cellar temperature, regulating your beer temperature makes everything more consistent across the board.”
The Windsor Buffet’s draught range includes Heineken, Foster’s, Guinness, Caledonian Three Hop, McEwan’s 70/- and Symonds cider, as well as four cask taps (which are controlled independently from the Smart system).
Jacqueline and husband James lease the Windsor Buffet and another Edinburgh pub, the Kilderkin, from Star Pubs & Bars as well as two other Edinburgh units – the Blue Blazer and Bennets Bar – from Iona.
And Jacqueline said following the success of the Smart Dispense system in the Windsor Buffet the couple are considering having the technology installed in the Kilderkin.
“It would certainly be a consideration, because I think the quality of the beer has improved,” said Jacqueline.
Star Pubs & Bars is currently in the process of making the Smart system available to lessees across its estate.
It aims to have the equipment installed in 50% of its pubs by the end of 2016.
Trading director Chris Jowsey said: “The pace of roll out is driven by the positive response from lessees who cite consistency and quality of draught beer and cider, hassle-free dispense and wastage reduction as top benefits.”