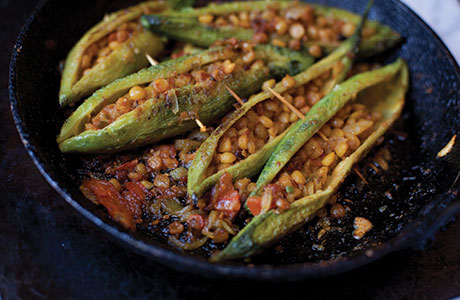 INDIAN restaurant group Mother India has published a cookbook featuring some of the company’s most popular dishes.
The book, titled Mother India At Home, was written by company owner Monir Mohammed in collaboration with writer and photographer – and close friend of Mohammed – Martin Gray.
It features recipes such as spiced haddock with tomato; ginger and green chilli fish pakora; and Delhi-style Scottish lamb, as well as the spicy salmon Mohammed’s mother Hajra Bibi cooked him as a child; and his wife Smeena’s slow chicken curry.
In addition to the recipes the book also tells the story of Mohammed’s journey from growing up in the east end of Glasgow to peeling onions in his brother’s restaurant at the age of 14 and then on to the founding of his own restaurant business, detailing how his cooking style has developed through the decades.
Mohammed’s story and the recipes are all illustrated by photography from Gray (right).
Mohammed now operates three Mother India restaurants – two in Glasgow and one in Edinburgh – and two delis with tables in Glasgow.