Scottish operators bring out the seasonal cocktails and pitchers for Christmas

IT’S the most wonderful time of the year – for publicans who get their drinks offer right, that is.

And with December fast approaching, operators across Scotland have been adding a festive flavour to their drinks lists.
For Grant Murray, manager at Inverness cocktail venue Bar One, introducing new drinks to coincide with the seasons is nothing new.
“We do themed cocktails every month and obviously December includes ‘Christmasy’ flavours, spices and mulled wine,” said Murray, adding that candy canes would likely make an appearance on the drinks menu.
“We’ve got a very sweet-toothed customer base in Inverness,” he said.
The mixologists of Bar One will be serving up their own seasonal creations this December, but Murray also expects the bar’s stalwart serves to perform well in their sharing cocktail format this Christmas.
“I definitely think we’ll see a rise in that [sharing cocktails]” said Murray, “and we always see a bit of a rise in Champagne, in premium Champagnes and also bottle packages.”
Those looking for a sharing cocktail, bottle package and some Champagne can have it all rolled together at Bar One thanks to the venue’s “hundred-pound” serves. 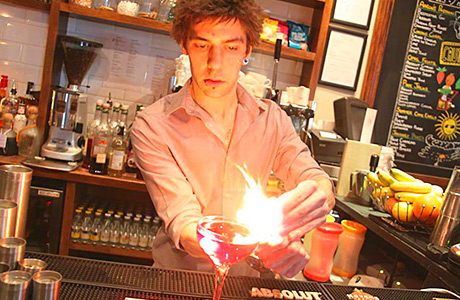 As the name would suggest, the £100 Mojito is a sharing serve which replicates the classic cocktail on a grand scale.
Requiring a minimum of four guests to share the order, the cocktail includes one bottle of Havana Especial rum, sugar syrup, fresh limes, fresh mint and is topped off with a bottle of Champagne.
And with the Mojito sharer proving popular, Murray has introduced a second £100 sharer to the Bar One menu. The £100 Sparkling Drumstick is an up-scaled version of the venue’s popular Drumstick cocktail with added prosecco and served with the lollipop of the same name.
Festive cocktails are also on the menu in Dundee.
Scott Clark, who runs Clarks on Lindsay Street, said he is determined to make the most of the cocktail opportunity this Christmas.
“We’re doing winter cocktails with Diageo,” said Clark, who has been working with the spirits giant on a seasonal cocktail menu. Diageo will also be providing Clarks with point of sale to help boost sales.

He is also predicting and uplift in sales of cask and craft beers.
“The stuff that’s been going well all year is still relevant,” said Clark, adding that the variety of beers on offer may give the category appeal beyond the regulars.
“You get big groups out [over the festive period], that might not be your regulars, looking to try something different,” he said.
“We stock a beer from the Eden Brewery in St Andrews and from MòR Brewery north of Dundee and that kind of thing is really easy to sell [to large parties]. They’re in the mood to try new things.”
When it comes to ranging for Christmas publicans should draw on their experience from the rest of the year, according to Clark.
“Anything that appeals to a party does sell well and that [sharing pitchers] does appeal to a party,” he said.
“It’s kind of like weekend stuff [trade] but a bit more concentrated and focused.”
And bars aren’t the only ones reviewing their drinks lists in time for Christmas.
At Glasgow restaurant La Bonne Auberge, manager Diana Espersen has been working with wholesaler Matthew Clark and hot drink supplier Matthew Algie on a hot cocktail option for guests as part of her festive preparations.
“We will be doing warm cocktails,” said Espersen.
“White hot chocolate with Morgans Spiced; a hot chocolate for over 18s.”
Espersen also plans to introduce mulled wine “when it gets a bit closer to Christmas and a bit colder,” as well as an ‘After Eight-style’ hot chocolate cocktail.
La Bonne Auberge has also started preparations for the busy Christmas party season, which runs at the restaurant from the last weekend of November.
Guests at the festive private functions are served prosecco on arrival, a three-course Christmas meal followed by a DJ-hosted party.
And while prosecco proves popular at La Bonne Auberge throughout the year, it’s Champagne sales that Espersen tips to do well this Christmas.
“People treat themselves more and go up from prosecco to Champagne,” she added. 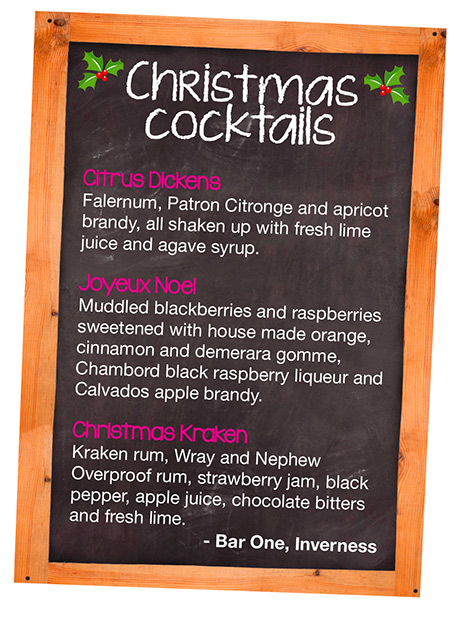