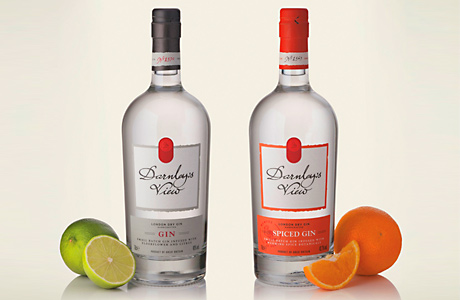 WEMYSS Malts, the firm behind Scottish gin Darnley’s View, has revamped the brand’s label to match its Spiced Gin variant.

Both gins are now presented with a two-part label printed on craft paper and featuring the Wemyss family crest.
William Wemyss, managing director of Edinburgh-based Wemyss Malts, said the new label is designed to “accentuate the craft feel of our range”.
“Already a firm favourite on many gin menus, we are sure that our customers will appreciate the new style label,” said Wemyss.
Darnley’s View was launched in 2010 and the range was expanded to include Darnley’s View Spiced Gin in 2012.