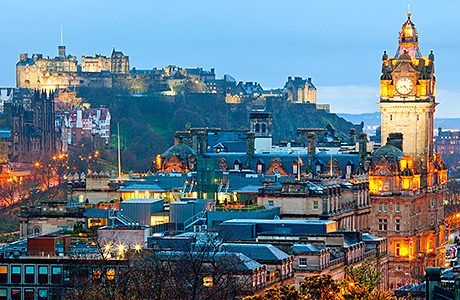 THE Commonwealth Games, the Ryder Cup, healthy corporate bookings and additional flight routes are all expected to provide a boost to Edinburgh’s hotel sector this year, says a new report.

Business consultancy HVS London said it is optimistic about the long-term outlook for hotels in the Scottish capital, partly due to the influx of 15 million European Easyjet passengers as well as users of Air Canada Rouge’s new route from Toronto.
But while the average daily rate (ADR) of Edinburgh’s hotels is consistently above £60 (excluding January and February) with occupancy at 70-90%, the consultancy claims the city’s high volume of new limited-service hotels has seen the ADR drop.
And rooms revenue per available room is said to have fallen 31% over the past seven years.
However, the report notes that, while the limited-service operators could compromise occupancy in the short-term, beyond 2015 hotels are expected to see a further growth in occupancy and improved revenue per room and ADR.