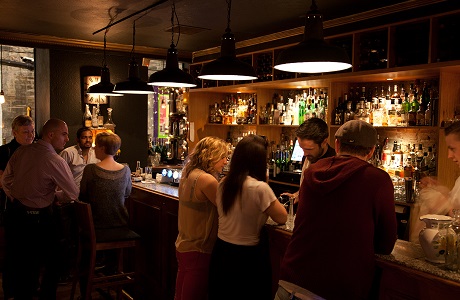 TWO Edinburgh venues are in the running for awards in a prestigious international competition.

The Bon Vivant on Thistle Street and cocktail bar Bramble on Queen Street, have reached the finals of the annual Tales of the Cocktail, Spirited Awards 2014, which takes place in New Orleans on July 19.
The Bon Vivant is competing against Delicatessen (Moscow) and Spitalfields Bar and Blind Pig (both London) in the Best International Restaurant Bar category, while Bramble is up against venues from Amsterdam, Paris and Singapore for the Best International Cocktail Bar award.
No Scottish entrant has ever won a Spirited Award.
Stuart McCluskey, founder and director of the Bon Vivant, said: “I am absolutely over the moon that the Bon Vivant, my first-born establishment, has been recognised by the world’s most prestigious drinks industry competition.
“We’d absolutely love to take home the first Spirited Award to Scotland.”