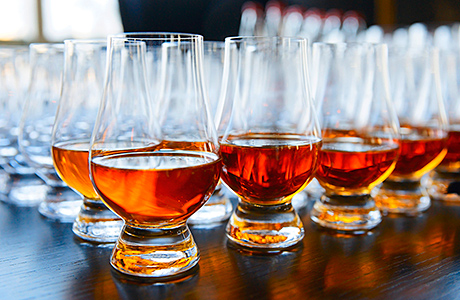 THE Scotch Whisky Association (SWA) has waded into the debate on Scottish independence by calling for greater clarity on what the industry can expect from an independent Scotland.

Writing in the trade group’s annual review, chief executive David Frost said the whisky industry required “further information and reassurance” on areas including currency, taxation and regulation, post-independence.
He said the current success of the whisky industry, which recorded an export value of £4.3bn in 2013, “is not the result of chance” and was instead achieved through a “wide range of factors which have been well provided for us within the United Kingdom and would need to be similarly provided in the future if it were to be within an independent Scotland”.
Frost also expressed concern over Scotland’s continued presence in the European Union, describing the EU’s legal framework as “fundamental” to the success of the industry.
He pointed out that the geographical definition of ‘Scotch whisky’ is currently protected under EU law.
“We are able to export tariff-free across the single market, use EU mechanisms to eliminate market access problems, and benefit from the EU’s clout in trade negotiations,” wrote Frost.
He added that, although “not everything in the EU is perfect… even a temporary interruption of EU membership involving exclusion from the single market or the customs union, if this were a consequence of independence, would be damaging and difficult to manage”.
In the event Scotland votes for independence this September, Frost said the Scotch whisky industry would expect a “business, regulatory and export environment at least as supportive as that which the industry currently enjoys”.
He added that, regardless of a ‘yes’ or ‘no’ vote, the SWA is “committed” to working with government to “deliver sustainable economic growth”.