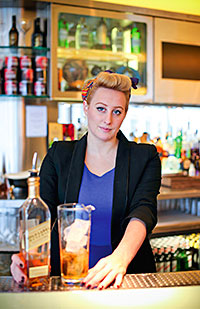 Haig Club Single Grain Scotch whisky is a new innovation from the House of Haig, said to be Scotland’s oldest grain whisky dynasty, which is behind Haig Blended Scotch Whisky and Dimple Scotch Whisky.
Diageo said Beckham and Fuller will play a “fundamental role in developing the brand, its strategy and positioning”. Beckham will also lead the promotion of a responsible drinking programme for Haig Club.
The new whisky, which will be launched later this year, is made using a process that combines grain whisky from three cask types which is said to create a “clean style that showcases butterscotch and toffee”.
David Gates, Diageo’s global head of premium core spirits, said Haig Club represents the firm’s “first large scale grain whisky innovation”.
“Whisky is experiencing a continued global renaissance and like many of the world’s most respected whisky experts, we believe this will be the year that grain whisky breaks into the mainstream and gains the recognition it deserves,” he said.
Meanwhile, Diageo has appointed Andrea Montague as brand ambassador for its Reserve Whisky portfolio, which includes the firm’s single malts and blended Scotch Johnnie Walker Super Deluxe.
Montague’s responsibilities include providing education to “key bartenders” and off-trade customers across the UK as well as taking part in the judging of the company’s Diageo Reserve World Class bartender competition.
“I am passionate about whisky and it’s a great time to be part of it,” said Montague.