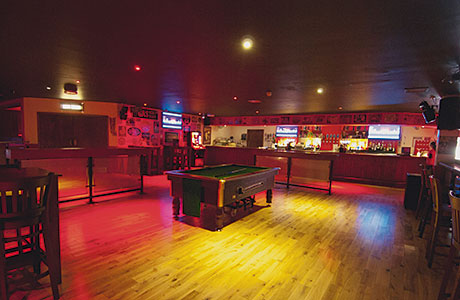 HE has worked for some of Glasgow’s biggest bar and nightclub operators during a trade career which spans more than 20 years.
Most recently, he was operations manager at Campus on Sauchiehall Street.
So when the student venue closed its doors at the turn of the year, Gavin McGreish said it was a natural step for him to take the American frat house-themed brand forward.
Speaking to SLTN last week in Campus, which opened in the former Sports Cafe on Sauchiehall Street – a block along from its predecessor – at the end of February, Gavin said his decision to retain the concept was straightforward.
Getting the new unit refurbished and opened within a relatively short time frame was key, he said.
“I saw Campus as a strong brand so when Carlo [Citti] decided to close, it was an easy decision for me to take it forward and add to it,” said Gavin.
“I saw all the messages on Facebook and Twitter from people saying how sad they were that Campus had closed so I knew I had to bring it back – and quickly.
“There was a lot of work to do in a short space of time but I didn’t want customers to miss out on Campus for too long.”
With a clear plan for the interior and a deadline of February 27 set for the launch party, work on the £180,000 revamp got underway.
In the main ground floor space of the 1035-capacity outlet, the staircase was relocated from the centre to one side and the area was fitted out with a combination of booth seating and high tables and chairs; there’s also a stage featuring one of two giant projector screens in the venue.
Upstairs, there are two distinct areas. One, which is furnished with tables and chairs, overlooks the stage in the ground floor area; while the other features floor-to-ceiling windows overlooking Sauchiehall Street, oak flooring and booth seating, including two large group booths.
In addition to the design, new sound and lighting systems were installed, which Gavin said help the outlet evolve from lunch trade (it opens at 12 noon) to a bar and then on to a nightclub until 3am.
In keeping with the frat house theme, American memorabilia features throughout the venue.
And there are other hallmarks of the Campus brand that Gavin has carried forward.
Live sport and entertainment form a major part of the offer at the new venue, which launched with a performance by 1990s pop act The Vengaboys. DJs, karaoke, live football and quizzes are just part of the weekly line-up.
“We hope to carry on the success of past events and the fun nights will continue,” said Gavin.
“We’ll be focusing a lot on sport and continuing things like the Super Bowl parties and X Factor appearances.
“And we’ll be doing a lot for the Commonwealth Games and World Cup.”
The food and drink offer has also been designed with the target student and young adult market in mind.
Campus’s new ‘all American’ menu features a host of dishes, spanning pizzas, gourmet burgers and hotdogs and sharing platters. 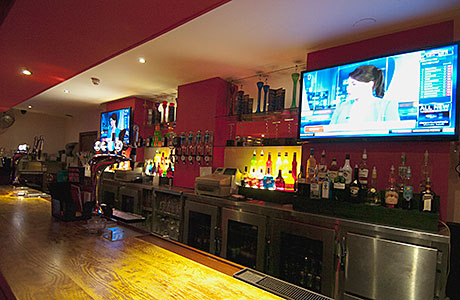 It’s an offer which Gavin said has gone down well with customers since Campus opened at the end of February.
“It’s going really well; it’s been very busy,” he said.
“It was a lot of work – I think the painters and joiners finished up at 5pm on the night we opened – but I had a set date for opening and I didn’t want to go past that.
“It’s the biggest project I’ve done. And I think it was different because it’s mine; it’s definitely a different kind of stress.
“It is a big step to open your own place but it was definitely easier because it was a brand I know really well and believe in, and a market I’ve worked in for more than 20 years.” 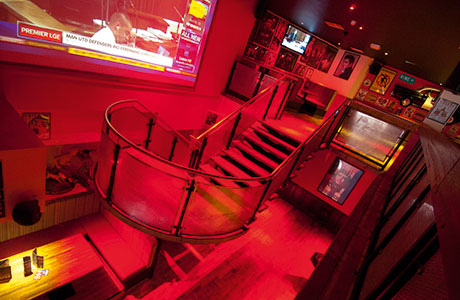