Recent case is a warning against ‘tardy’ action on legal problems 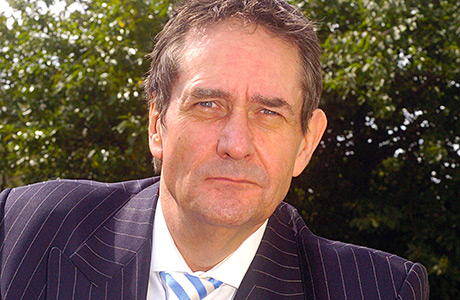 From Glasgow Sheriff Court a salutary warning as to the dire consequences of failing to get a timely grip on serious management issues.

The owners of a tenanted Glasgow pub found themselves before the licensing board following a police review application setting out 18 alleged incidents over a period of thirteen months, half of which were drug related.
The police said that routine inspections of the toilets had resulted in positive results when cocaine wipes were applied to surfaces, while persons within the premises were found to be in possession of the drug.
There were also allegations that when trouble had broken out staff had not responded appropriately. For example, when an assault was carried out on a customer the perpetrator was allowed to remain in the premises and the incident was not reported to the police.
Along the unhappy journey towards the premises licence review, in the usual way there had been ‘intervention meetings’ convened by the police at which they set out action plans which were discussed and agreed with the pub’s management.
In particular, a zero tolerance approach to drug misuse was to be adopted and pro-active steps taken to detect drug taking and drug dealing by patrons.
However, the police ultimately decided that measures put in place had been so ineffective that the problems had to be brought before the board.
The chief constable’s review application set out the catalogue of incidents and concluded that those with responsibility for the premises had been unable or unwilling to operate them in compliance with the licensing objectives.
At a hearing the board rejected the argument that the licence holder and management had “gone above and beyond” what was required of them.
Rather, they concluded that there was a continued pattern of drug misuse and, with no prospect of a substantial turnaround, it was appropriate to take the last resort: the licence was revoked.
At the appeal hearing, the pub owner’s lawyer pointed out to the judge that the number of drug “finds” had been “relatively low”; and, as a matter of fact, trace levels of controlled drugs had been found in public buildings such as the Scottish Parliament and Glasgow Sheriff Court.

Where problems are developing, a swift response will be required.

Crucially, he laid emphasis on the landmark appeal victory secured by Lidl, arguing that the board hadn’t paid proper regard to the arrival of a new, highly-experienced tenant, since when there had been no further incidents of drugs misuse at the pub. The board had failed to take the appropriate “forward-looking approach”.
Readers may recall that Lidl succeeded in overturning a five-day licence suspension following a single test-purchase failure in Glasgow. The alcohol had been sold by a properly-trained duty manager.
The appeal judges took the view that, in essence, the failure had been a ‘blip’. Lidl operated excellent training systems and the sale had taken place because their employee had disobeyed instructions.
The board were wrong to take a “deterrent” approach that would warn other operators of the consequences of a slip up.
Instead, a sanction imposed on a licence holder should have a “corrective purpose”.
But in the present case the sheriff decided that the circumstances were entirely different.
Rather than a ‘blip’, there had been a “protracted history” of drugs misuse at the premises and management’s response was tardy.
The board had been entitled to conclude that the pub’s embedded drug culture was unlikely to be eradicated within a reasonable time.
So, the sheriff’s decision sends a warning that, where serious problems are developing, a swift and effective management response will be required to save the licence. Doing too little, too late, with no proven solution is simply a recipe for disaster.
Just as I was finishing this column I learned that the pub owners have lodged appeal papers. I reckon that the hearing of the appeal is at least a year away – and that overturning the Sheriff’s ruling will be no easy matter.