The courts are unlikely to second-guess difficult health decisions 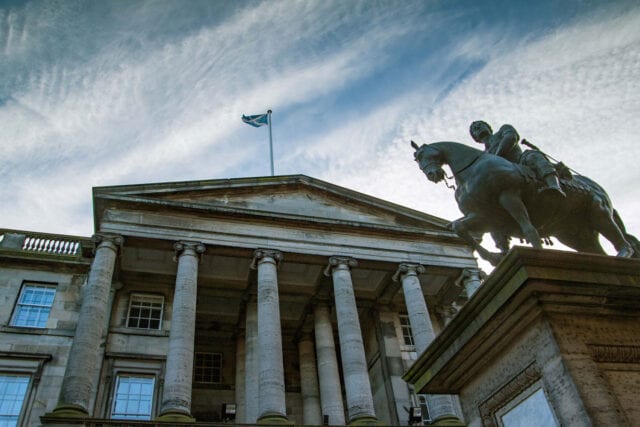 I’d go a stage further: the various forms of lockdown imposed over the past ten months are wholly unprecedented in modern democratic societies; under the law as it stands, it’s possible to be arrested for leaving your house.

There can scarcely be any quarrel with the necessity to take extraordinary steps in the struggle against the ravages of the virus, although there will always be arguments surrounding the proportionality of the measures and the evidence upon which they are based.

So, it was inevitable that, at some point, a legal challenge would arise. And last month, largely under the media’s radar, a challenge did come.

In early December, five Edinburgh hospitality businesses – cafés, restaurants and hotels – along with the owner of a short-term letting business (“the petitioners”) launched a judicial review in the Court of Session.

The petitioners sought the reversal of the Scottish Government’s decision to keep the capital under level three restrictions.

The anticipated move to level two would have allowed alcohol sales indoors with a terminal hour of 8pm (provided a table meal was taken).

At that time travel was permitted between level two areas. And, with the festive trading period on the horizon, the business survival stakes were high.

The first stage in the court process involved the petitioners seeking to persuade the court (a single judge) that the decision should be set aside on an interim basis pending a full hearing. In order to succeed, they required to demonstrate a “prima facie case”: that is to say, a case based on argument appearing, at first sight, to have merit.

The challenge fell at this hurdle.

When the levels were reviewed on 8th December, the number of COVID cases in Edinburgh was below the Scotland-wide average and the city’s test-positivity levels were relatively low.
But Edinburgh case numbers were starting to rise slightly; and – as Nicola Sturgeon told the parliament – there was a real concern that opening up more services in the run-up to Christmas “would carry a significant risk of increased transmission”.

That apprehension together with an “evidence review” –basically a detailed risk analysis – formed the basis for keeping the capital in level three.

The judge, Lord Ericht, could not be persuaded that the Scottish ministers had acted unlawfully.

In essence, they had been entitled to consider a range of factors and conclude that the modest increase in case numbers taken with the Christmas period concerns outweighed statistical indicators.

This was a political judgment with which the court would not interfere. He also rejected an argument that ministers were not possessed of data concerning the effect of hospitality opening hours on COVID transmission: the decision under attack involved the placement of a council area within the levels framework, as distinct from a decision on the restrictions within levels.

What does this judgment signify for any future challenges?

The scope of the court action was after all limited to a single ministerial decision; there was no assault on the legislation itself.

In my view, any further attempt to overturn COVID-related legislation is almost bound to fail. In an unprecedented crisis of colossal proportions, governments will be allowed enormous latitude.

In fact, the writing was on the wall a few weeks before the Edinburgh case when the English Court of Appeal ruled in a judicial review brought against lockdown regulations.

From this judgment it is clear that courts will stay away from second-guessing difficult public health decisions taken in an unparalleled emergency in consultation with expert advisers.

For a further analysis on the Edinburgh case, see my discussion with leading licensing advocate Scott Blair on my YouTube channel.