Encompassing television, poster and digital advertising, as well as a new packaging design, the ‘Just Add Zero’ campaign launched mid-January and will run until March.
The television ad is based on the idea that everything is better when a zero is added.

The campaign has been created for a new demographic of young people.

Examples include a person’s visit to a foreign country, which is transformed into a group of ten people; a group of ten friends which becomes a party of 100; and a party of 100 which becomes a festival of 1000.
All executions in the campaign include the new Coke Zero branding, which features a bold red circle.
“This is set to be a massive year for Coke Zero and we are confident that this campaign will help the brand to grow even further,” said Caroline Cater, operations marketing director at Coca-Cola Enterprises.

“The campaign has been created for a new demographic of young people that has emerged out of challenging times with a positive outlook focused on living richer. Our significant investment in this new campaign reflects our ongoing commitment to highlight the choices available for consumers who don’t want to compromise on taste for zero sugar and zero calories.”
CCE claims sales of Coke Zero grew by 20% in 2013, which it said was driven by the multiple grocery sector. 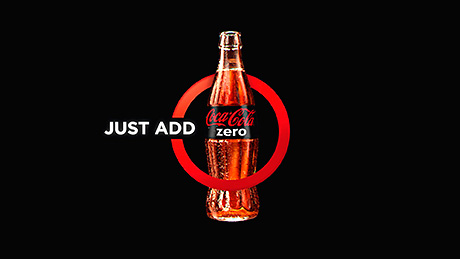