WHISKY firm Morrison Bowmore has expanded its presence on Islay with the acquisition of a local hotel/restaurant and the planned opening of a new bistro.

The company, owned by Japanese drinks giant Suntory, which last week bought Beam – owner of fellow Islay single malt Laphroaig, purchased The Harbour Inn on Islay. The business, which includes a 42-cover restaurant, bar and seven bedrooms, is located close to the Bowmore Distillery and was acquired earlier this month for an undisclosed sum, after the owners approached the whisky firm.
Anne Kinnes, visitor centre operations and development manager at Morrison Bowmore, said the acquisition was a “natural progression” for the firm, which already operates six self-catering cottages on the island.
“It’s an amazing opportunity for Morrison Bowmore and for Islay, and we’re absolutely delighted to be taking it on board,” said Kinnes.
“It’s great to be able to give our visitors that all-round Bowmore experience and excellent customer service level.
“We’re very excited about it.” 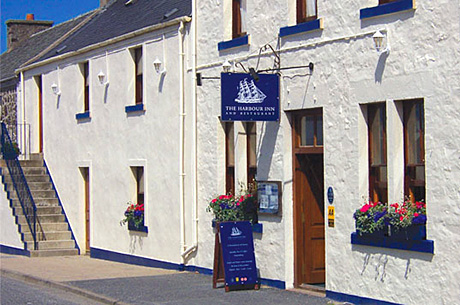 The Harbour Inn has been owned and operated by Carol and Neil Scott, along with their son and daughter-in-law, for the past ten years. In 2012 all seven of its en suite bedrooms were refurbished and the property currently has a two rosette rating from the AA for the standard of its food.
Kinnes said Morrison Bowmore will not make many changes to the business in the first year.
“Our plans when we first take over will be to just probably run it for twelve months the way it has been run, so we can get a feel for the business, where the customers come from and the different times it is busy, although we’ve got a rough idea of that because it will mirror our cottages,” she said.
“It’s a beautiful property, it’s been run extremely well, and there’s no need for us to make any big changes initially.”
However, an early priority will be the recruitment of new staff to replace the departing Scott family – a process that will include the appointment of a new head chef and general manager.
Meanwhile, the company is aiming to open a new bistro on the island in the spring.
The outlet will be located in a property Morrison Bowmore had previously used for tastings and whisky masterclasses, and the company had begun work on the refurbishment before being approached by the Scotts with regard to acquiring the Harbour Inn.
“A lot of visitors assumed we had a catering facility before they arrived, which unfortunately we don’t,” said Kinnes.
“There was a glaring gap for something, which is why we had already started that project.”