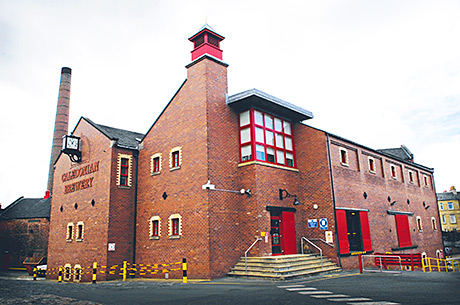 THE increasing presence of English and international drinks companies in Scotland is a positive development for the industry, according to the outgoing managing director of Caledonian Brewery.

Stephen Crawley, who will leave Caledonian at the end of this month after 20 years at the brewery, has been present during some significant changes in the Scottish drinks industry landscape – as well as to the Caledonian Brewery itself.
And he said the presence of companies such as Greene King, Irish-based C&C Group and Caledonian’s own parent company, Heineken, has been positive for the industry.

The different ownership hasn’t changed the quality of whisky or beer produced in Scotland.

Corporate ownership is a subject Crawley is fairly well acquainted with.
In 2008 Caledonian Brewery, which produces Deuchars, Flying Scotsman and Caledonian 80/-, was effectively taken over twice – once by Scottish & Newcastle and then, following S&N’s takeover by Heineken later that same year, by the Dutch brewer.
Speaking to SLTN last week Crawley said the marketplace in Scotland was a very different place when he joined Caledonian in 1993.
“Who’d have thought that Tennent’s would be in Irish hands?” he said.
“Who’d have thought Belhaven would be English? Who’d have thought Caledonian would be Dutch?
“But should we be surprised? If you look at the rest of Britain a lot of things are owned by people from overseas.
“A lot of distilleries are owned by people overseas.
“That’s not changed the quality of the whisky, and I don’t think the differing ownership has done anything but enhance the quality of the on-trade in Scotland.”
And being owned by larger companies has only been a good thing for the ‘Caley’, said Crawley.
“The brewery has benefitted massively from investment by S&N and Heineken, which would never have happened in private hands,” he said.
“It’s in fantastic shape.
“Simon Theakston (director of Theakston brewery) was up at the brewery last week – he used to work for us at Caledonian – and he was gobsmacked at how clean, spotless, tidy the whole place is.
“PLC money is a lot easier to find than private investor money.”
Changing ownership has not been the only development in the Scottish beer market in recent years, of course, and Crawley said the growing number of breweries across Scotland has been a real boon for beer drinkers.
“As a consumer I don’t think there’s ever been a better time to be a beer drinker, because there’s so much choice and so much more knowledge about beer,” said Crawley.
“It’s served in better condition more often than it ever was.”

However, he said the increasingly busy marketplace has arguably made it harder than ever to establish a new company or brand.
“If you want to run a business that’s profitable, delivers for its shareholders and gains some scale, that is actually quite tough,” said Crawley.
“Making money in Britain is particularly tough anyway, but making money in a brewery is difficult.
“If you’ve got progressive beer duty it helps. But the horrible thing about breweries is that each time you make progress you draw in huge chunks of fixed costs.”
Ahead of his departure from the brewery, the 51 year old former professional cricketer refused to be drawn on specific plans for his post-Caledonian career, but stated he will “definitely have business interests here in Scotland”.
“When you start doing things for the second time it’s not so bad, when you start doing the same thing for a third or fourth time, you think you should be using this knowledge in a different way,” said Crawley.

As a consumer I don’t think there’s ever been a better time to be a beer drinker.

“There just comes a time when you think that it’s time to do something different.
“It’s time to use my contacts, my experience, to do things myself. I’m leaving Caledonian Brewery fuller than it’s ever been. That chapter’s done. It’s been great fun, but I’m more than half way through my time here and I’ve just got to do some things differently now.
“It just makes sense.”