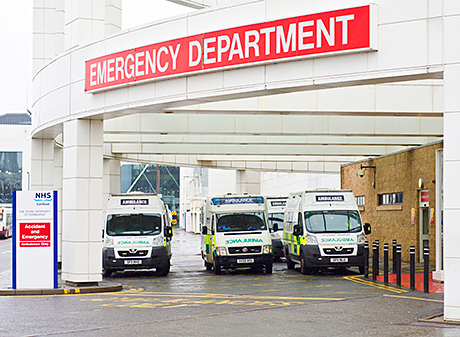 AS licensing boards move towards the completion of their new policy statements, which must be in place by the end of this month, it’s clear that health lobbyists have made strenuous efforts to exert their influence on the process.

In the Highland region, the energy expended has already borne fruit. At one stage, it seemed that the licensing board might place a ban on further off-sales outlets in 25 areas identified as having the highest statistics for alcohol-related harm.
The Inverness South council ward was not on the ‘problem list’, despite having two of the biggest supermarkets in the area with large alcohol sections.

It’s only a matter of time before the industry starts to see more controls.

But, in a unique move, the board has decided that there will be a presumption against the grant of further licences for shops and supermarkets anywhere in its area where the alcohol display is 40 square metres or greater.
According to a newspaper report, the decision was taken after councillors watched a specially-commissioned documentary, with contributions from a GP and hospital consultant.
If the board had adopted a conventional overprovision policy in relation to certain areas – with a presumed block on any new licences – it would have been bound to follow the guidance issued to licensing boards by Scottish ministers back in 2007.
That guidance requires the identification of “robust and reliable evidence that a saturation point has been reached or is close to being reached, always provided that a dependable causal link can be forged between that evidence and the operation of licensed premises in a locality”.
Instead, the board appears to have turned this process on its head because, in order to overcome the presumption against “large” alcohol displays anywhere in the region – not just in a particular locality – a licence applicant will be expected to demonstrate that alcohol shelving which breaches the 39 square metre limit would not cause health harm.
There’s no doubting the good intentions of the policy makers but, in my view, that’s the basic flaw in this approach.
The burden of proof is reversed, and there’s no evidence to support the policy. It seems to proceed on this theory: an alcohol display in excess of the arbitrary threshold will encourage shoppers to buy more drink, in turn more alcohol will be consumed and thus health harms will result.
The ban isn’t retrospective. It does nothing to reduce access to alcohol. It will have no impact on the purchasing habits of problem drinkers.
Elsewhere, with very little publicity that I could detect, East Lothian licensing board has “gone large” in its finalised policy statement by declaring “a rebuttable presumption against the grant of an application for a new premises licence or the increase in capacity of an existing premises licence within the board’s area as a whole”.
The decision, which impacts on both on-sales and off-sales, takes into account Police Scotland statistics for incidents linked to alcohol, as well as NHS data for alcohol-related hospital admissions.
It’s been branded a “fudge” by one councillor, who believes that the board ought to have concentrated its attention on those parts of the area highlighted as having the worst alcohol problems.
The reliability of the NHS information is also open to doubt because the figures are out of date – they relate to the period between 2007 and 2009 – and a question arises as to whether a licensing board can legally declare the whole of a council area ‘overprovided’, rather than selecting particular localities.
Of course, for perfectly understandable reasons, there are sections of the licensed trade that will greet a freeze on licences enthusiastically – but I reckon it’s only a matter of time before the whole industry will start to see more controls that are based on the laudable objective of preventing alcohol abuse but which not only fail to get to the root of the problem but also penalise responsible operators seeking to enter the market.

Jack Cummins is unable to enter into personal correspondence on readers’ questions.