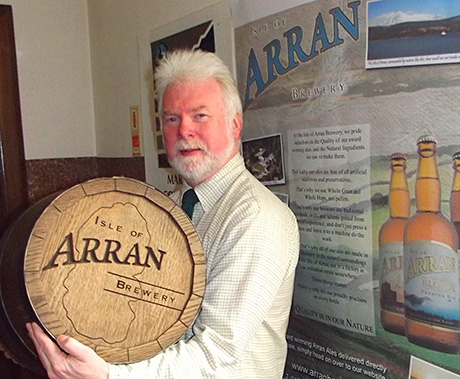 ARRAN Brewery has stepped in to temporarily run the Pier Head Tavern in Lamlash, Arran, while owner Punch Taverns seeks out a new tenant.

The brewer plans to sell its full range of beers as well as Arran whiskies and a limited food offering when it reopens the bar, which has been closed for several weeks.
Arran Brewery MD Gerald Michaluk (pictured) said he hopes the brewery can assist Punch Taverns in finding a suitable tenant for the bar.
“After seeing first hand the impact a pub closure had on the tourist business in [neighbouring village] Whiting Bay, we were determined not to see this happen in Lamlash,” said Michaluk.
Arran Brewery’s temporary takeover of the Pier Head Tavern comes as the business attempts to raise £4 million to fund expansion onto the mainland through a crowd-funding equity programme.
The firm plans to open a brewery, hotel and visitor centre in the village of St Fillans, Perthshire, as well as its own chain of pubs.
The crowd-funding scheme launched earlier this week.