WE all come across colleagues and staff who have difficult personal issues, complex relationships and outside pressures.

The endless list could include ageing parents, dependent partners, or personality clashes with colleagues.
They may have threatened to leave even if their manager, colleagues or employer have done nothing wrong. They may have held off resigning because they need the income and just be “hanging on” until something better comes along.
Despite ‘employer friendly’ moves, such as the introduction of tribunal fees for claimants seeking unfair dismissal, a recent decision of the Employment Appeal Tribunal (EAT) in Scotland means there is now a potentially serious blow for employers who may only be a very small “part to blame” for the reason why someone leaves.
In Wright v North Ayrshire Council it was decided that in order to establish constructive dismissal an employee does not need to show that the breach of contract by the employer was the only or principal reason for the employee’s resignation, as long as the breach “played a part” in the dismissal.
Not dealing with a grievance lawfully could be enough, even if it was a tiny part of the reason someone decides to resign.
In this case, an employee resigned from her post for various reasons.
Three unanswered grievances were held to be a fundamental breach of her contract, but she had also resigned due to difficulties of caring for her partner. At tribunal, her claim for constructive dismissal was dismissed as the breach was not “the effective cause”.

There is a claim against the employer when they may only be part of the reason for an employee leaving.

However, in the EAT it was held that the breach of contract only needed to “play a part” in the dismissal for a successful constructive dismissal claim.
Rather than being “the” effective cause, it only needed to be “an” effective cause.
The tribunal stated: “Where there is more than one reason why an employee leaves a job the correct approach is to examine whether any of them is a response to the breach, not to see which amongst them is the effective cause.”
This decision has the effect of now making it much easier for an employee to claim constructive dismissal.
Previously it was thought that the breach of contract had to be the cause of the resignation, whereas now it only needs to be one reason amongst potentially many others – many of which could have nothing to do with their work or treatment by their employer.

The good news for employers is that whilst the bar may be lower, where there are multiple reasons for resignation the compensation may reflect that and be lower than instances when the breach of contract is the sole reason. It remains to be seen whether this case will be further appealed.
In any case of constructive dismissal the issue of whether a claim will be won is often highly fact-sensitive.
Employers facing claims would be well-advised to ensure they pass onto HR staff or advisors any reasons stated by employees for leaving which don’t appear in a resignation letter or do not get mentioned by the ex-employee in a tribunal claim.
Why someone decides to leave a job can often be complicated.
This decision means there is a claim against the employer when they may only be part of the reason for the employee leaving. It is bad news for employers that they can be on the hook for an unfair dismissal but only be partly to blame for an employee resigning.
The only absolutely safe course of action is for the employer never to act in breach.
The real world makes that difficult.
• Dawn Robertson is a partner in Tods Murray’s hospitality and leisure team. 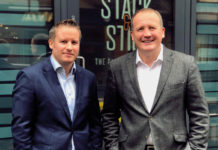 Stack & Still to open at Braehead