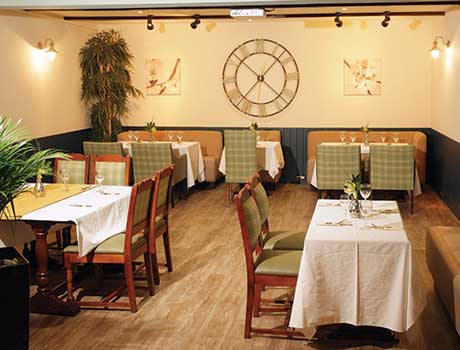 EAST coast operator Graham Blaikie is no stranger to taking on an established venue and giving it a new lease of life.
The licensee acquired the lease of the Mercat Bar in Edinburgh in 2005, and subsequently revamped the outlet with the introduction of a new look and quality food offer.
However, after running a couple of pubs under lease, Blaikie was keen to let his imagination loose on a property of his very own.
Which is exactly what he was able to do with the acquisition and refurbishment of Musselburgh pub The Mercat Grill.
Although he only took ownership of the venue in the summer, Blaikie was more than familiar with the property, having managed it since 2011 on behalf of receivers.
“I always had the big attack plan of what was going to happen when the sale went through,” Blaikie told SLTN last week.
“When it did go through it was just foot on the gas.”
Although Blaikie’s vision for the outlet will take several years to fully realise, the initial refurbishment has seen the interior of the pub receive a significant facelift.
Working with interior designer Claire Reid, Blaikie embarked on a mission to modernise the property.
The project, which cost around £50,000, included extensive work to the bar and conservatory areas.
In the public bar area, one of the walls was stripped back to the original stonework, while other walls were covered in wallpaper from Timorous Beasties. 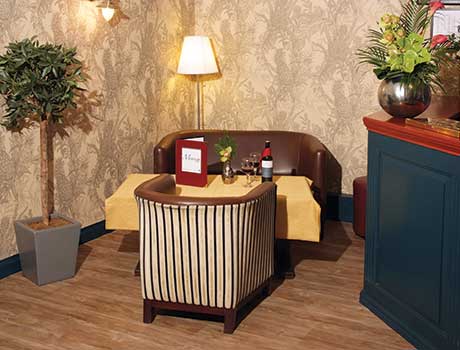 The previous floor in the bar was completely removed and replaced with new wood flooring, and new lighting has been installed to help create a warmer atmosphere.
The furniture, too, has been almost entirely replaced, with new furnishings sourced from Thusa Upholstery and DSB Furniture.
Meanwhile, the conservatory area has been repainted and new tile flooring installed.
The aim, said Blaikie, has been to create an outlet that appeals to a broad range of customers in the local community as well as attracting some from further afield.
This latter group is also being targeted with the introduction of a ‘courtesy bus’, which will be used to pick up groups of customers at the beginning of the night and take them home later.
And female customers, in particular, are an important target market for the newly-refurbished pub.
“I still firmly believe that this is a community pub,” he said.
“There’s a good community here, and for little villages, in my eyes, the pub is the main hub for the village.
“That’s what I want to still have in place.
“What I’m trying to do is to have the whole place nicer and more appealing to more people, so that you’ll have families, people bringing their friends down for a couple of drinks and a glass of wine, but if they want to eat they can eat anywhere throughout the pub.”
The food side of the operation is the province of head chef Claire Allan, who has relocated from the Mercat Bar to the Mercat Grill.
Blaikie described the menu as “good quality, simple food”, featuring dishes such as fish and chips, steak and Chicken Balmoral with local suppliers used throughout.
On the drinks side the pub currently stocks six beers on draught, as well as a selection in the fridge, 13 wines and a small range of spirits. 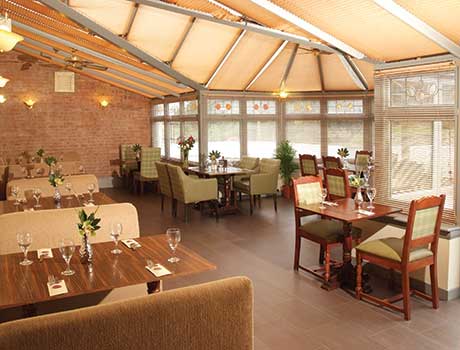 However, Blaikie said that as the customer base broadens outwith the village, the drinks range will also develop, with craft beer planned to be a feature in the premises in the near future.
Ultimately, Blaikie said he hopes to be able to offer a range of between 30 and 40 bottled beers, as well as a wider range of cask and craft beer on draught.
“It’ll take time to build that, because some of the customers aren’t used to it, but they’re responding well to it,” he said.
And it’s not just the drinks range that will continue to evolve over the coming years.
Blaikie has already applied for planning permission to extend the conservatory area, and plans to continue to work on the public bar area, cutting down the standing space by introducing more tables and chairs.
There are also plans to create a new outside terrace, as well as a wine cellar and six or seven letting bedrooms.
Blaikie said the second phase of the refurbishment will take several years and cost around £500,000 to accomplish. 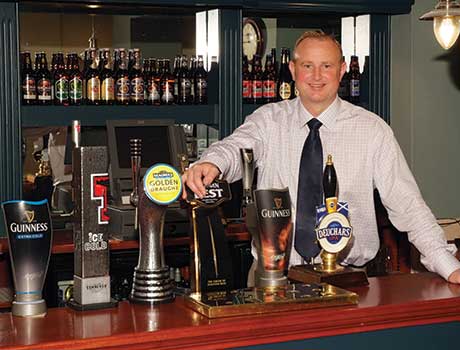