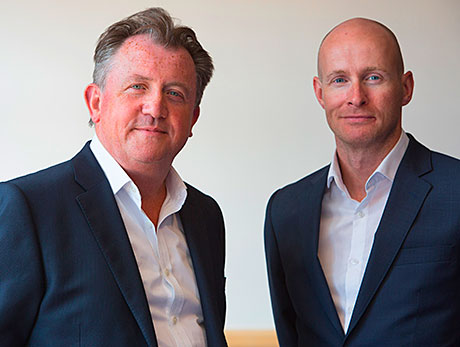 THE boss of Matthew Clark in Scotland said he is confident the wholesaler can grow sales of Molson Coors products, as the company assumes responsibility for the brewer’s free-trade distribution north of the border.

Molson Coors confirmed it will “cease to service the Scottish free on-trade” from September 27 following a hand-over period with Matthew Clark.
Speaking to SLTN, Des Gallagher, managing director of Matthew Clark in Scotland, said the wholesaler will aim to take Molson Coors’ portfolio of brands, which includes craft beers such as Blue Moon as well as Carling, to more Scottish accounts.
“Obviously, we didn’t go into this lightly,” said Gallagher.
“We have a very strong business in Scotland, across all our categories, but it’s very important to us to have a strong beer category. We sell an array of different beers at the moment, but we wouldn’t have gone into this if we didn’t feel we could grow the [Molson Coors] brands, working in conjunction with Molson Coors, and bringing the brands to more consumers in Scotland.”
Gallagher said Matthew Clark will be staffing up in the coming weeks, and will continue to do so as the Molson Coors business develops.
Keith Fagan, commercial director for Molson Coors in Scotland and Ireland, said the deal has not led to job losses at Molson Coors in Scotland.
He said the new distribution agreement will be of “mutual benefit” to both companies.
“It allows us to focus on selling our portfolio, extends our reach in the marketplace substantially, given the combined sales force focused on selling our beer portfolio, but equally [Matthew Clark’s] commercial and distribution capabilities just meant that the partnership felt like the right arrangement for us to grow our brands and the best option for the marketplace,” he said.
The brewer said its agreement to directly supply pub group and wholesaler Belhaven will be unaffected by the new arrangement with Matthew Clark. Publicans will also be able to continue to buy Molson Coors products through other wholesalers.