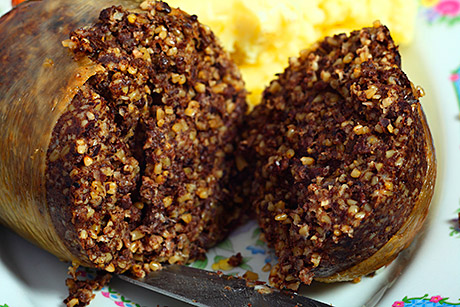 SCOTLAND’S food and drink industry has grown ahead of expectations since 2009, with annual turnover now topping £13 billion, according to new figures from the Scottish Government.

Four years ago the sector set a target of achieving a turnover of £12.5bn by 2017, but Holyrood claims the industry has shattered this figure early, clocking up a turnover of £13bn by the end of 2011.
Announcing the turnover figures during Scottish Food & Drink Fortnight, rural affairs secretary Richard Lochhead described the industry as “a fantastic success story”.
“I have no doubt that it has smashed its turnover target six years early because of the high quality products and dedication of those working in the sector,” he said.
“I have always believed that our food and drink sector is the best in the world, thanks to our fantastic natural larder, iconic products, strong global brands, excellent provenance credentials and industry innovation.”
Following the announcement, industry body Scotland Food and Drink has set a new target of achieving a turnover of £16.5bn by 2017.
“It is particularly appropriate that we announce this success and launch a new target during Scottish Food & Drink Fortnight,” said James Withers, chief executive of Scotland Food & Drink.
“We’re now committed to push on from here and believe we have the potential to reach £16.5bn in turnover by 2017.
“Achieving this ambition means both building further business across the UK and, crucially, transforming our export activity and breaking into new markets.”
The figures show that, between 2008 and 2011, Scotland’s ‘drink manufacturing’ sector grew its turnover by £254m, from £4.2bn to £4.5bn.
Food manufacturing, meanwhile, increased turnover by £899m in the same period.
The news comes as a new report from Bank of Scotland claims that 5600 new jobs could be created in the Scottish food and drink sector within the next five years.
The report, ‘An Appetite for Growth: Ambition and Opportunity for Scotland’s food and drink industry’, was compiled after the bank polled more than 100 food and drink businesses about their expectations over the coming years.

Image – Scotland’s food and drink industry has grown ahead of expectations.