Growth of category relies on shifting away from selling purely on price, says supplier 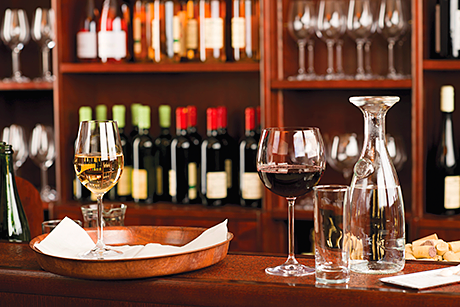 An emphasis on quality and flavour, rather than price, will be key to growing wine sales in the on-trade, according to a new report from wine supplier Bibendum.

The firm’s Bibendum Insights UK Market Report for Summer 2013 stated that rising prices have led to around half of UK consumers drinking less wine in the on-trade.
And it said that in order to counteract concerns over price the wine industry “needs to rise to the challenge posed by spirits and must emphasise premium wine characteristics such as limited/special editions and quality of ingredients/production”.

If you know what it tastes like, and you focus on the flavour, you can sell it confidently.

Speaking at a tasting event in Glasgow earlier this month Bibendum head of marketing Gareth Groves said staff training is key to selling more expensive wine in on-trade outlets.
“One of the big things we do is focus on the flavour,” said Groves.
“We try not to blind them [bar staff] with too much science about the soil type, the rainfall, etc. You can get really technical about wine, and if you’re doing your master of wine exam or your master sommelier exam you need to know that stuff, but selling to a guy in a gastro pub you don’t.
“But if you know what it tastes like, and you focus on the flavour and you know what food it goes with you can sell it confidently. And you’re going to sell it.”
Groves said operators should consider upgrading their ‘house’ wines to higher quality products in order to improve the customer experience as well as profit margins.
“House wine has become cheapest wine – cheapest on display,” he said.
“We want people to have a house wine but it doesn’t have to be the cheapest – it just has to be a wine you’re really proud of. This is what I like, this is what I want you to drink.
“Every time someone goes into a bar and says ‘I’ll have a glass of red’ and someone pours them the cheapest, you’ve given them probably a pretty bad experience, you’ve missed an upsell opportunity and you’ve got a customer that’s getting mediocre at best.
“It’s a crazy situation but it happens in bars and restaurants around the country.”
Price is not the only issue currently facing the wine category, however.
The report highlights the continued popularity of flavoured products such as RTDs and fruit ciders as impacting on wine sales, with 29% of 18 to 24 year olds choosing to drink spirits or RTDs most often when they are in the on-trade, compared to just 12% of this age group drinking wine most frequently.
Perhaps because of this trend sweeter, lower alcohol wine is considered to be a growth area for 18 to 25 year olds, with 25% of this age group having bought this type of wine – considerably more than older age groups.

We want people to have a house wine but it doesn’t have to be the cheapest wine.

Overall, wine sales in the on-trade remain strong, with the report claiming the value of wine sold in the UK’s pubs, clubs and restaurants was up 5% in the 12 months to March 2013. This included a 3% increase in the value of on-trade rosé wine sales.
Rosé is said to be proving particularly popular with 25 to 34 year old consumers, as well as among male drinkers.
And the summer months were said to have been particularly strong for on-trade sales of Champagne, with Bibendum claiming the value of sales was up 15% compared to summer 2012.
Sparkling wines were also said to have enjoyed strong sales over the summer months.
In Scotland, Australian wines are currently the most popular with consumers, according to Bibendum, followed by French, Chilean, Italian and South African.
However, consumers’ tastes vary by city, with Australia the most popular wine-producing nation among consumers in Glasgow, Dundee and Aberdeen, but knocked into second place with wine drinkers in Edinburgh, who prefer wines from France.
Chilean wines are the third most popular in Glasgow and Edinburgh, but the second-most popular wine region for consumers in Aberdeen and Dundee.
In terms of grape types, Bibendum claims the most popular in Scotland is Sauvignon Blanc, followed by Pinot Grigio, Cabernet Sauvignon, Merlot and Tempranillo.